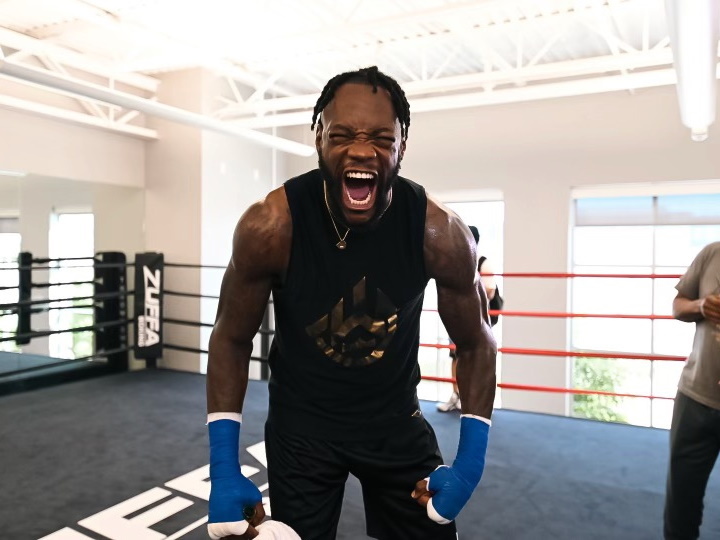 Oleksandr Usyk quickly sifted through the heavyweight landscape before coming to one overarching realization, practically no one was worthy of his time.

Just a few short weeks ago, Usyk (20-0, 13 KOs) solidified his placement as one of the premier fighters in the world with yet another victory over Anthony Joshua. Shortly after sending the British star back to the drawing board, Usyk claimed that unless he was sharing the ring with Tyson Fury, he found it unnecessary to continue his career.

However, in the wake of Deontay Wilder’s sudden ring return, the former Olympic gold medalist began singing a different tune.

On October 15th, in Brooklyn’s Barclays Center, Wilder (42-2-1, 41 KOs) will take on fringe contender, Robert Helenius. On the night, an intrigued Usyk has already confirmed that he plans on being in attendance. Having gotten wind of the Ukrainian’s plan, Wilder confesses that he’s looking forward to performing in front of the current unified heavyweight champion.

Long before Usyk sauntered his way to the heavyweight division in 2019, Wilder, in the mind of many, was considered the division’s biggest, brightest, and deadliest star. Nevertheless, following back-to-back stoppage defeats at the hands of Fury, Wilder’s time atop the heavyweight mountain came to an end.

In what will be his first appearance since facing Fury, Wilder will look to get back in the win column. Presently, with Usyk seemingly ready, willing, and able to give Wilder a crack at his heavyweight titles, the Alabama native is well aware that Usyk will do much more than simply play the role of an innocent bystander attempting to watch a good ole fashion heavyweight scrap.

In all likelihood, the slick-hitting southpaw might be using his time to scout Wilder up close and personal. Flattered by that very possibility, Wilder is offering to hand Usyk a pen and paper before giving him an unbelievable show on October 15th.

“I hope he takes notes.”