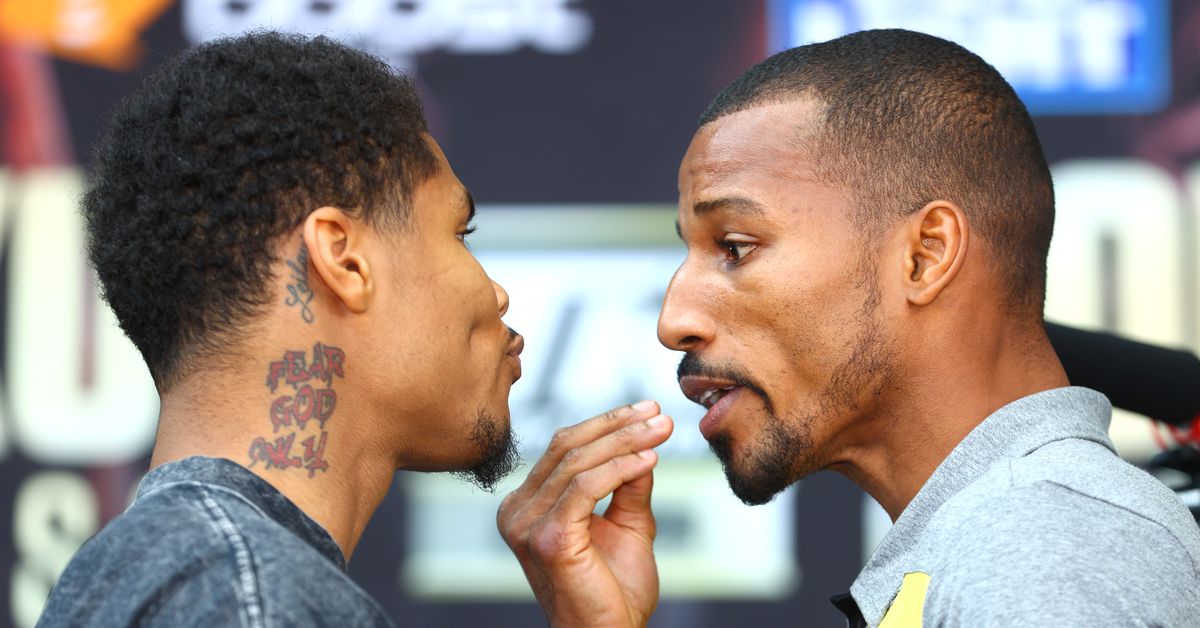 Shakur Stevenson is set to defend his WBC and WBO junior lightweight titles in a Friday night main event on ESPN, where he’ll face Robson Conceicao.

The two met up for today’s final presser, and their stare down photo op got just a little bit heated, with plenty of talking between the two of them and a quiet little separation as each refused to back down.

Here’s the video of the face off:

Stevenson (18-0, 9 KO) will be a big favorite in the fight, as he’s looked like the clear class of the 130 lb division, but Conceicao (17-1, 8 KO) is no scrub, either, an Olympic gold medalist who gave Oscar Valdez a tough fight about a year ago.

Of course, Stevenson dominated Valdez in April of this year to unify his two belts, but styles make fights and all that. Listen, I’m trying to get excited.

Bad Left Hook will have live coverage for Stevenson vs Conceicao on Friday, Sept. 23, starting at 6 pm ET with the prelims and continuing at 10 pm ET for the main card.