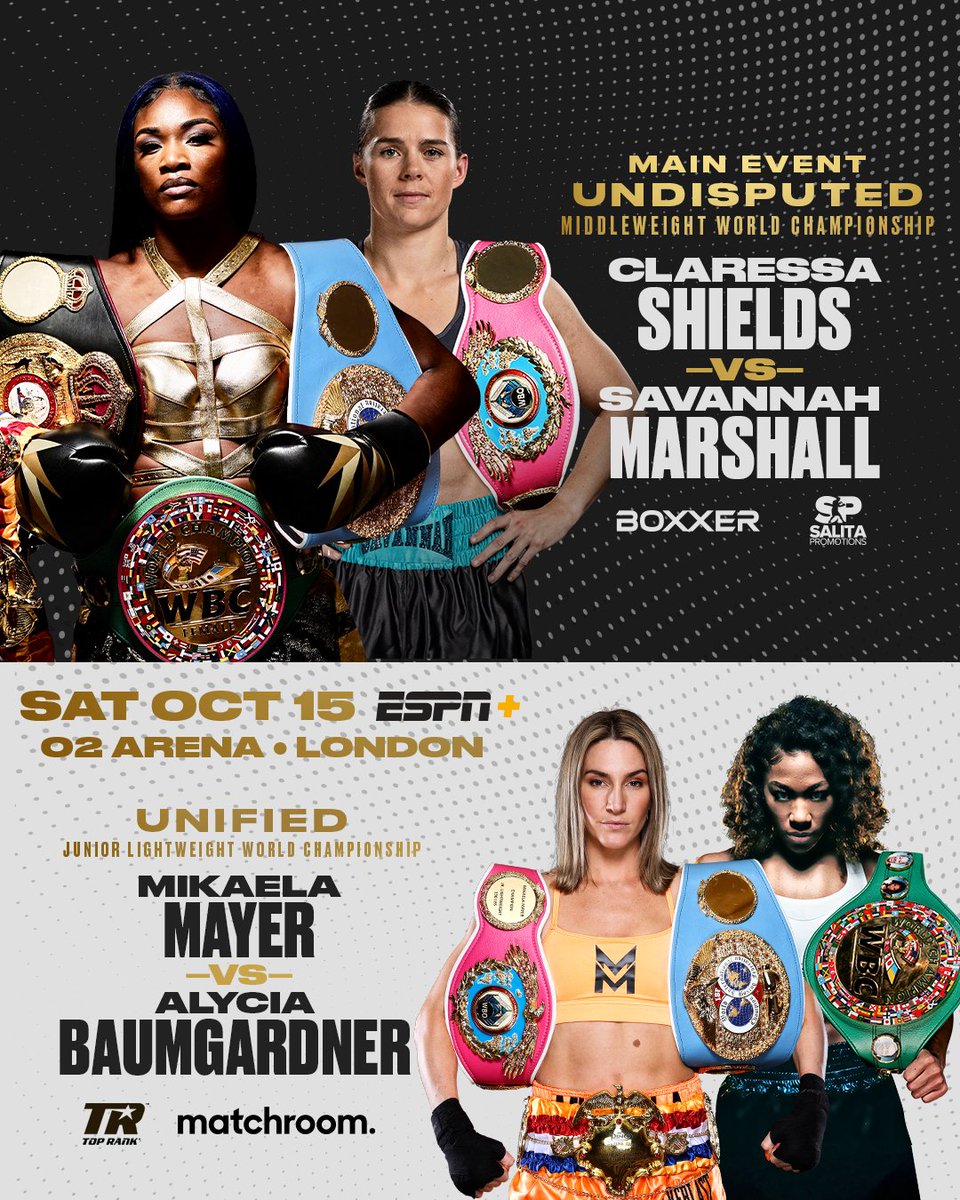 It had been said that the postponed undisputed middleweight championship fight between Claressa Shields and Savannah Marshall was going to be rescheduled for October 15th. Now it’s been made official. “New Date. Same Mindset,” read a Top Rank Twitter post that appeared Tuesday. Under that post was a promotional pic for the card. What makes Shields-Marshall a fight of particular note is the fact that Marshall is the only fighter to have ever defeated Shields, albeit in the amateur ranks.

Of course the Shields-Marshall fight was supposed to go down on September 10th at the O2 Arena in London. The death of Queen Elizabeth the Second at the age of 96, however, led to the bout being postponed. The rescheduled card will still be going down at the O2, which has taken to hosting some of boxing’s bigger bouts.

IBF and WBA junior welterweight titlist Mikaela Mayer will also be on the card, engaging in a unification battle with IBO and WBC titlist Alycia Baumgardner. The card will go down on the same day as Deontay Wilder’s heavyweight matchup with Robert Helenius. The Wilder fight, however, is happening at Brooklyn’s Barclay’s Center, thousands of miles and a full time zone away from the O2 Arena. Die hards should be able to watch both events live hours apart without switching from one to the other.