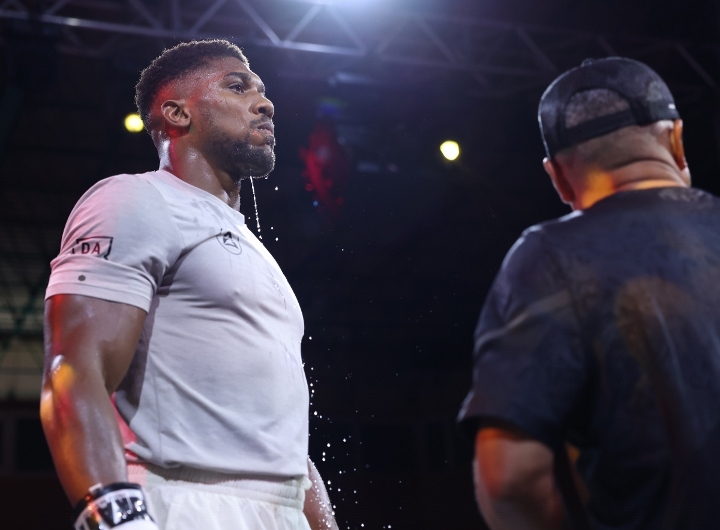 The World Boxing Council has finally ranked Anthony Joshua in their top ten – which WBC President Mauricio Sulaiman explains was done because the British star is no longer aligned with another sanctioning body.

Most see the ranking as a calculated move, because Joshua’s handlers are in talks for a year-end fight with WBC heavyweight champion Tyson Fury.

“Joshua entered the ratings [on] his merits and since he does not have any commitment for another organization,” Sulaiman said to Sky Sports.

Joshua is a former two-time IBF, IBO, WBA, WBO world champion. The only belt that he never captured was the WBC strap.

The ranking allows the WBC to sanction Joshua as a voluntary challenger to Fury’s belt.

Joshua initially lost his unified crown in 2019, when he was stopped in seven rounds by Andy Ruiz. He regained the title six months later with a dominant twelve round decision.

In September of 2021, Joshua lost the titles again – when he was outboxed over twelve rounds by Oleksandr Usyk. Last month, Joshua was unable to regain the titles, because Usyk once again came out on top with a twelve round decision win.

Fury was initially pushing for a fight with Usyk. The Ukrainian boxer made it clear that he doesn’t plan to fight again until early 2023. He wants to spend some time with his family and heal up injuries from the Joshua rematch.