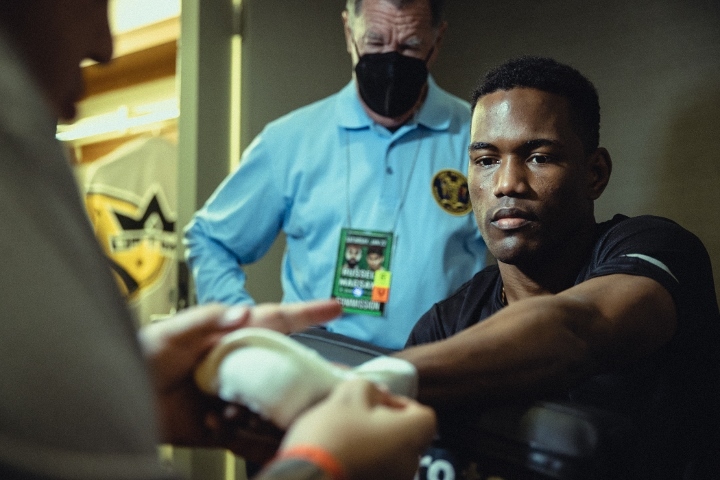 As BoxingScene.com previously reported, Subriel Matias will have to wait a little longer for his world title opportunity.

The boxer from Fajardo announced over the weekend that his fight against Argentine Jeremias Ponce, scheduled for October 15 for the vacant 140-pound title of the International Boxing Federation (IBF,) had to be postponed due to “irresponsibility” of his rival’s team.

Their bout was tabbed to be part of the Fox Sports pay-per-view undercard to the heavyweight clash between Deontay Wilder and Robert Helenius.

Their fight was ordered shortly after Josh Taylor vacated the title to focus on a rematch with Jack Catterall.

Ponce – who is 30-0 with 20 KO’s – last fought in April, when he defeated Achiko Odikadze by technical knockout in Hamburg, Germany.

Matias, who has 18 knockouts in 18 wins, is angered by the delay and promised to dish out a lot of punishment on Ponce. The sole defeat on Matias’ record, to Petros Ananyan, was avenged by knockout back in January.

“I think that no matter what happens, we have to find each other. That moment will come, even if it’s a year from now. Every week and month that I’m away from my family, there is only one person responsible. Jeremías, you are the one who will pay the consequences on the day of the fight. I hope you are well prepared,” warned Matias to Giovanny Vega.

“I’m going to make sure that he pays for the broken dishes.”