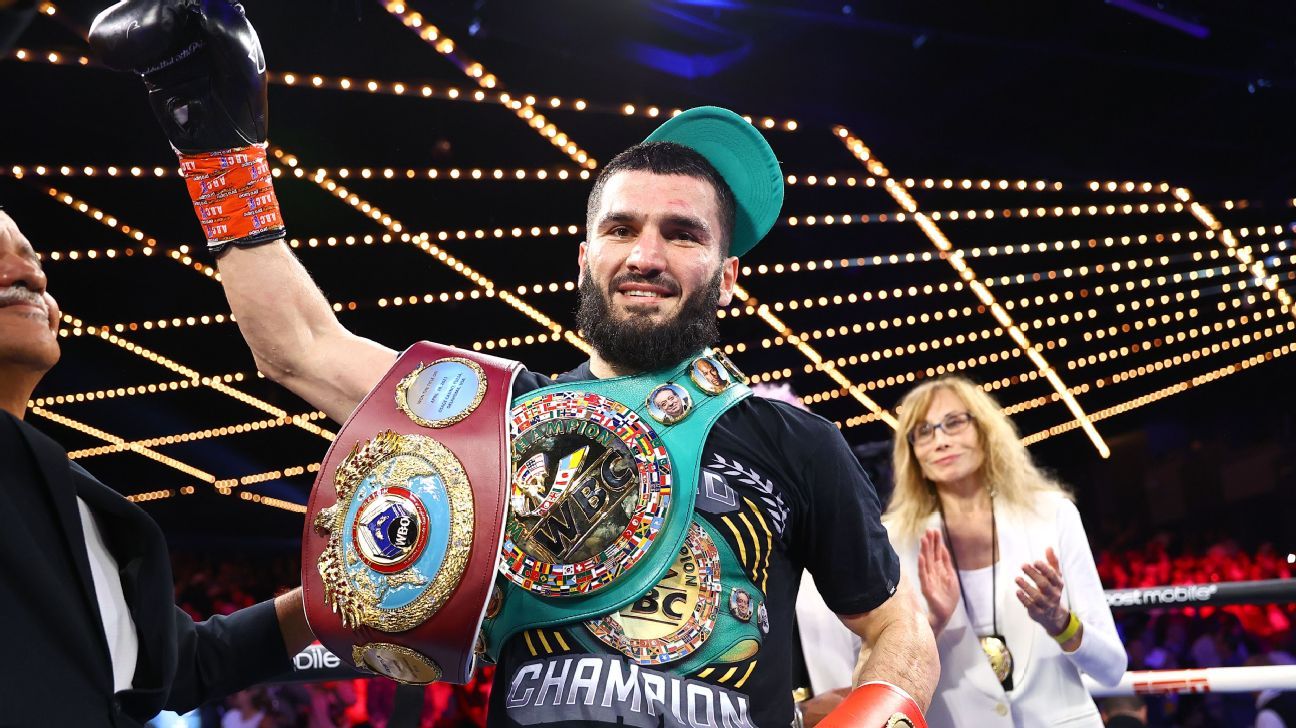 Artur Beterbiev is injured, a source told ESPN, and the planned Oct. 29 defense of his three light heavyweight titles against Anthony Yarde has been postponed. The nature of the injury wasn’t disclosed.

The matchup was slated to take place at London’s O2 Arena after a deal was agreed to, and the plan is for the fight to be rescheduled in early 2023, the source said.

Beterbiev (18-0, 18 KOs) captured a third 175-pound title in June with a second-round TKO of Joe Smith Jr. The 37-year-old Russian-Canadian is boxing’s only champion with a stoppage victory in every professional fight.

Yarde (22-2, 21 KOs) scored a fourth-round KO of Lyndon Arthur in a December rematch that avenged a 2020 defeat and also earned him a mandatory title shot.

The 31-year-old native of London suffered an 11th-round TKO against Sergey Kovalev in 2019, his lone title challenge.