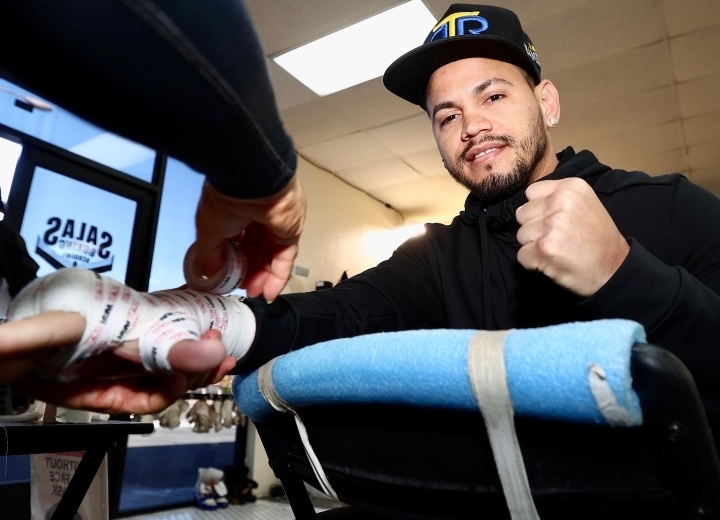 Earlier today BoxingScene.com’s Jake Donovan confirmed an ESPN report that former three-division champion Vasiliy Lomachenko (16-2) will return to the ring against Jamaine Ortiz (16-0-1) on an ESPN platform on October 22nd or 29th.

Lomachenko has been defending his country of Ukraine against Russia in their conflict that began several months ago. He was last in the ring in December when he outpointed former lightweight champion Richard Commey.

BoxingScene.com has also learned that two-time Cuban Olympic gold medalist Robeisy Ramirez (10-1) will take up a step up in class in the co-feature bout of the evening.  Standing across the ring from him will be former super bantamweight champion Jessie Magdaleno (29-1).

After losing his pro debut, Ramirez has reeled off 10 consecutive victories. His most impressive win came in his most recent outing against the previously unbeaten Abraham Nova (21-1). Ramirez stopped him in the 5th round of their showdown.

Magdaleno captured the WBO super bantamweight title in 2016 when he defeated Nonito Donaire via unanimous decision. He returned to action with a points victory over Edy Valencia Mercado in May after a nearly two-year ring absence. His only professional loss occurred in 2018 versus Isaac Dogboe.