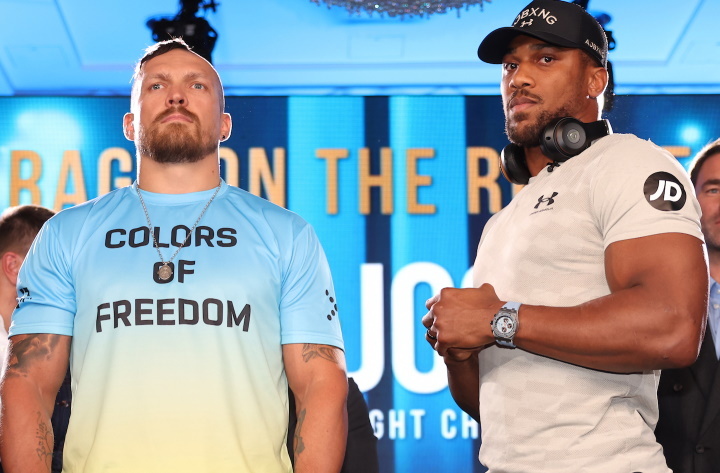 Eddie Hearn, promoter of Anthony Joshua, believes Tyson Fury’s most recent retirement is nothing more than a publicity stunt to take away from of the shine from Joshua’s upcoming rematch with Oleksandr Usyk.

Joshua will attempt to reclaim the IBF, IBO, WBA, WBO heavyweight belts when he faces Usyk on August 20th in Saudi Arabia.

Fury last fought in April, when he knocked out Dillian Whyte in six rounds.

Afterwards, he promised to retire from the sport – but then changed his position several times in the last few months.

A few days ago, on his 34th birthday, Fury once again announced his retirement – although his co-promoters, Bob Arum and Frank Warren, believe he will fight again.

“Massive thanks to everyone who had an input in my career over the years and after long hard conversations I’ve finally decided to walk away and on my 34th birthday I say bon voyage,” Fury stated on social media.

Hearn explains that Fury always pulls some kind of a media stunt in the days leading up to a Joshua fight.

“Someone told me that Tyson Fury has announced his retirement again. He must be so insecure to have to do this every time AJ fights,” Hearn told IFL TV.

“I don’t know at what point you must sit there and go ‘What I am going to do is talking sh!t to get publicity and try and take the spotlight away from AJ. You are self-proclaimed the number one heavyweight in the world so what are you bothered about Anthony Joshua before.

“He doesn’t want the money and has no interest in it, but also wants half a billion. I have never seen so many contradictions, I contradict myself so much but he is on another level. Let’s see what happens next week and watch Anthony Joshua knock out Usyk and then he is coming for Tyson Fury.”