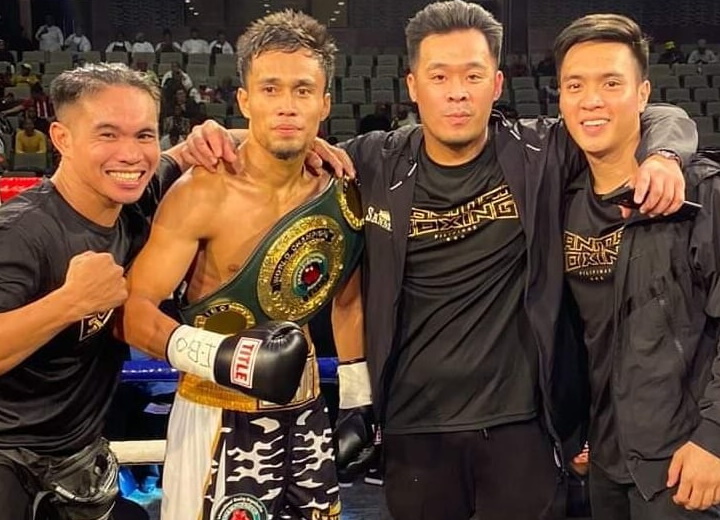 Both fighters entered the opening bell with a lot of respect and were sizing up each other with jabs and single shots. The Filipino fighter was more aggressive, but Buthelezi was moving around effectively enjoying the cheers of the home crowd. It was during the last minute of the round when Apolinario exploded with a wicked one-two combination that sent the South African fighter crashing to the canvas. It was the straight right that caught Buthelezi on the button. The hometown fighter failed to beat the count.

It was a meaningful win for Apolinario, because his mother passed away three months ago. The sorry of bereavement didn’t stop the Sanman protégé from putting on a show and showing the boxing world what he was made of. The win was dedicated to his late mother.

“How I wish my mother was here as I celebrate my first world title belt. This is for you mom. This is for the Philippines. This is for my team,” Apolinario stated.

“We were always confident that Dave would stop Buthelezi with an exclamation point. He is a showman. It was the performance of his life but this is just the beginning. Dave is here to get the other belts. Thank you Mike Pelayo,” Manangquil said.

BN Verdict: Punching Joe Joyce is even easier than it looks, but not as fun as it sounds
Joe Joyce Knocks Out Joseph Parker In 11
Paul calls out Mayweather for a catchweight fight, expects to hear excuses
Christian Carto To Face Hector Sosa in Main Slot at 2300 Arena
Source: Estrada to defend title against Villarino