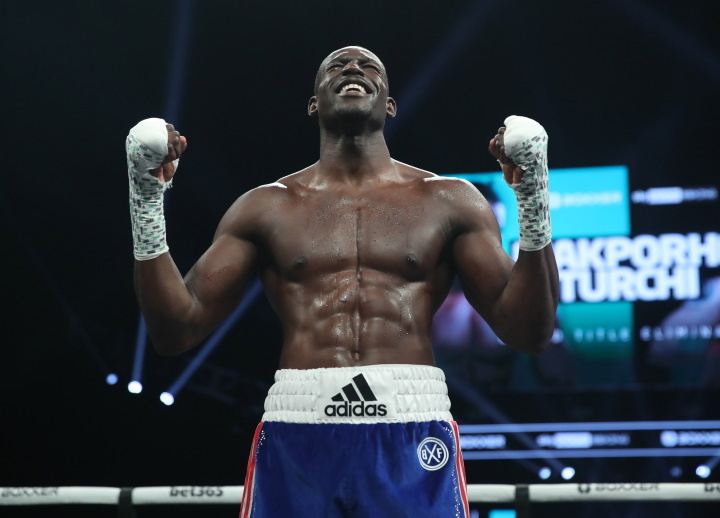 Riakporhe has wanted to face Okolie for some time – even before his countryman captured a world title.

“That fight would have happened a long time ago if they were ready but clearly they weren’t. My resume now just shows what type of fighter I am. We’ve run through most of the division,” Riakporhe told Sky Sports. “I’m confident, comfortable in front of certain fighter no matter how dangerous they are. I believe in myself. I believe in my power. So I’m in that position now, mentally and physically, I’m ready for a challenge. I’m ready for a test.

He added, “That’s one thing I feel I’ve brought to the game I’m not scared to lose. I’m not scared to take on a challenge and I think that’s what boxing’s about and we’re getting to a point where we’re kind of straying away from that old school boxing mentality. Just jump in the ring and fight. It’s a fight, may the best man win. Instead a lot of people are trying to protect their record.”

Okolie does not have the most pleasing style, but what he does have is one-shot punching power. Okolie has stopped 14 of his 18 opponents. He was riding a seven fight knockout streak when February’s bout with Michal Cieslak went the full twelve round distance.

But, Riakporhe is also known to have power in his hands.

“I do know if I do land, my opponent will be in trouble,” Riakporhe said. “It’s my heart, it’s my will. It’s the adversities that I had to overcome to get to where I am now. That’s what you should be more worried about. Not the punch power. Because you can’t train for that.

“I know what I possess and that’s why they’re not too keen on jumping in the ring with me. These guys are not on my level. That’s the truth. I will smoke them. Honestly, I’m very serious about that.”

Joe Joyce Confident His Pressure Would Get To Oleksandr Usyk
Christian Carto To Face Hector Sosa in Main Slot at 2300 Arena
Hughes vs Galahad: Live updates and results NOW!
Women’s boxing pound-for-pound rankings: Taylor still No. 1, but Shields can shake things up with a win
Will Mayweather-McGregor 2 happen? Can Wilder fight for a title — again?