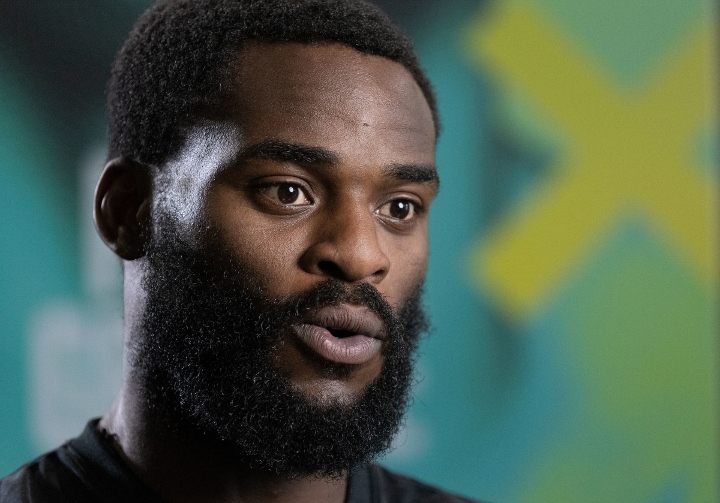 An easier time came of proceeding with plans to determine the next IBF mandatory challenger than was the case at heavyweight earlier this year.

BoxingScene.com has confirmed that representatives for Joshua Buatsi and Jean Pascal have both responded to and accepted an invitation from the IBF to enter talks for a sanctioned final eliminator. Both parties were required to respond by Monday at 5:00 p.m. with their intentions to proceed with the fight, which will be followed by the next step of the IBF assigning a free negotiation period to work out terms.

The winner of the eventual eliminator will become the IBF mandatory challenger to lineal and unified light heavyweight champion Artur Beterbiev (18-0, 18KOs).

Should the bout go to a purse bid hearing, Buatsi would be entitled to 60 percent of the winning bid as the higher ranked challenger (currently number three) per IBF rule 9.D (c). The remaining 40 percent would go to Pascal as the number-six ranked contender.

In between the two are a pair of contenders with other plans.

England’s Anthony Yarde (22-2, 21KOs) is the number-four-ranked light heavyweight, though with a clear shot at Beterbiev (18-0, 18KOs) as the WBO mandatory. The two are due to collide later this fall, likely to come October 22 in London.

One spot below Yarde on the IBF list is Gilberto ‘Zurdo’ Ramirez (44-0, 30KOs), a former WBO super middleweight titlist from Mazatlan, Mexico. Ramirez is currently the number-one ranked contender with the WBA and in talks for a mandatory shot at WBA light heavyweight titlist Dmitry Bivol (20-0, 11KOs).

Interestingly, Buatsi (16-0, 13KOs) was being groomed for a shot at Bivol before the WBA stepped in to order its mandatory title fight. Both are promoted by Matchroom Boxing, with group chairman Eddie Hearn previously declaring his intentions to stage such a fight later this fall. However, such talks were trumped by the sanctioning body’s ruling, at which point it was too late to file an exemption for Bivol to first make a voluntary defense.

The development led to representatives for Buatsi—a Bronze medalist for the 2016 Great Britain Olympic Boxing team that competed in Rio—to move forward with a very makeable fight with Quebec’s Pascal, a former lineal/WBC light heavyweight champion.

Pascal was on board from the moment the fight was offered. Greg Leon, Pascal’s longtime manager, immediately contacted the IBF to confirm their side’s intentions to take a fight that would place the Haiti-born, Quebec-based former champ back in title contention.

Both are coming off wins just one day apart this past May.

The 39-year-old Pascal (36-6-1, 20KOs) returned to the title stage following a twelve-round, unanimous decision win over previously unbeaten Meng Fanlong on May 20 in Plant City, Florida. Fanlong entered the fight as the number-one contender and with hopes of challenging Beterbiev, who at the time was four weeks out from his eventual second-round knockout of Joe Smith Jr. in their June 18 lineal/WBC/IBF/WBO unification bout in New York City.

Pascal ruined those plans, dropping Fanlong in the ninth-round of their ProBox TV main event en route to a competitive but unanimous decision in his first fight following a 28-month layoff. Pascal hadn’t fought since a 12-round, split decision win over Badou Jack in December 2019, four months after claiming a secondary WBA light heavyweight title in a technical decision win over then-unbeaten Marcus Browne in August 2019.

The two were due to meet again last June 6 in Miami Gardens, Florida, only for Pascal to test positive for multiple banned substances through testing contracted by Voluntary Anti-Doping Association (VADA). He’s since proven to be a clean fighter and—with his win over Fanlong—still a top player at light heavyweight.

Buatsi survived a stiff challenge from former title challenger Craig Richards, claiming a points win in a WBA semi-final title eliminator on May 21 at The O2 in London. His feat occurred seven days after Ramirez scored a fourth-round knockout of Germany’s Dominic Boesel in their May 14 final eliminator, which in turn came one week after Bivol turned away the challenge of pound-for-pound king Saul ‘Canelo’ Alvarez for a career-best win on May 7 in Las Vegas.

With Bivol and Ramirez likely on course to collide later this year, a fight between Buatsi and Pascal is a proper next step for both boxers. Virgil Hunter, Buatsi’s head trainer, made note after the win over Richards that he’d like to see his fighter further develop to reach a point where he’s able to retain a major title rather than just simply claim a belt. Pascal’s willingness to take on all comers has been the theme throughout a career now entering its 18th year.