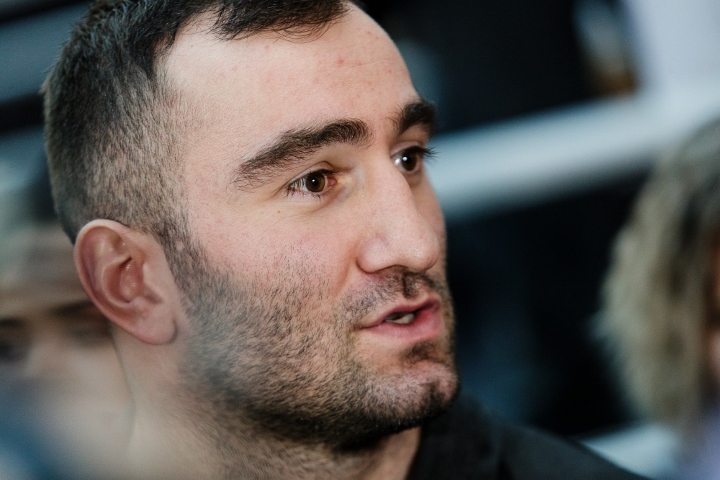 A date and location have been set down for the ring return of former cruiserweight world champion Murat Gassiev, according to boxer’s team.

“Murat will fight on August 26 in Serbia. It is planned that the event will be held in one of the ancient castles. The opponent will be announced later,” a representative from the team told Tass.

Gassiev has been out of the ring since July 22 of last year, when he defeated Germany’s Michael Wallisch by TKO in the fourth round. In December of last year, Gassiev was scheduled to fight against Ukrainian contender Andrei Rudenko, but the bout was canceled.

Over the last few years, the 28-year-old Gassiev has been very inactive.

After unifying the WBA, IBF cruiserweight titles with a stoppage of Yuniel Dorticos in February of 2018, in the semi-finals of the World Boxing Super Series cruiserweight tournament.

However, he lost both belts five months later in a one-sided decision loss to Oleksandr Usyk in the final bout of the WBSS tourney.

Due to injuries and legal issues, Gassiev was then inactive from July 2018 until October of 2020, when the Russian puncher made his heavyweight debut and knocked out Nuri Seferi in one round.

He then returned the following year against Wallisch and has been on shelf ever since.

Gassiev still has stellar record of 28 wins (21 by knockout) and lone defeat to Usyk.

Eubank: We’ve Never Seen Conor Benn Get Hurt; Will He Be Able To Come Through That?
EXPLOSIVE!! Roman Reigns vs. Logan Paul • FULL PRESS CONFERENCE • WWE Announcement | Crown Jewel
‘WE’RE NOT F*CKIN AROUND! ‘Eddie Hearn confirms LAWSUIT VS JAKE PAUL
Jermell Charlo Dares Terence Crawford To Move Up In Weight: “Lubin Will KO TC”
Usyk on Joshua Outburst: ‘He Reminded Me of a Little Boy’