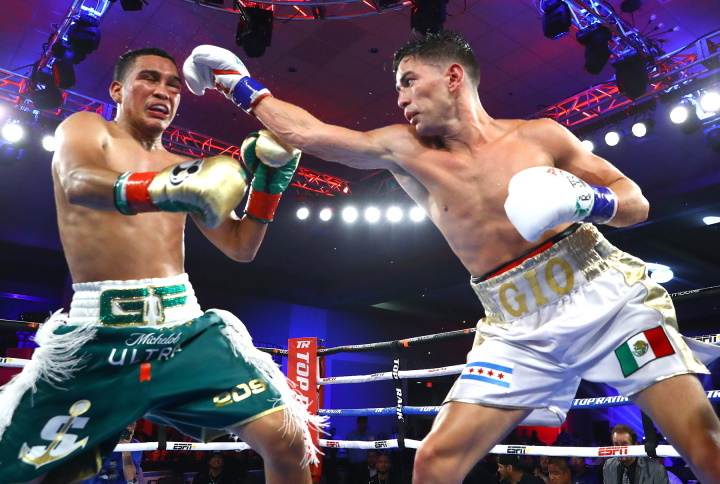 Cabrera (21-0, 7 KOs) added a knockdown with a right hook in the fifth, but Flores, the fighting pride of Stockton, California, would not give in. Flores (21-2, 7 KOs) pressed forward in the fight’s second half, doing enough to win a pair of rounds on all three judges’ cards. But in the 10th round, Cabrera charged forward hoping for the knockout.

The knockout did not materialize, but Cabrera, who is trained by the legendary Freddie Roach, did not have to worry about the cards. He had done more than enough to author a signature victory.

“I felt amazing. It’s what we worked on in the gym,” Cabrera said. “Everybody, I think, can see I’m a very slick boxer. As I’ve progressed in the professional ranks, there’s still growth to be had. There’s a lot to learn, and I have the best trainer in the world to do that. I’ve been working on my power. He felt it in the first round. Gabriel Flores is as tough as they come. My hat’s off to him. This incredible fight wouldn’t have been made if he wasn’t brave enough to take it.”

Flores admits that he failed to follow the game plan that his corner was pressing him to implement.

Flores said, “I should’ve kept on stepping to my left. The game plan kind of went to blur. My father was telling me to keep stepping to my left, keep feinting, keep flicking my jab, and keep jabbing. I didn’t really do much of any of that.”

Fury v Joshua: Who Wins & How? 🤔 Carl Frampton, David Haye and Josh Denzel Discuss | Chatterbox
EDDIE HEARN ADMITS, ‘FURY VS JOSHUA BROADCASTING RIGHTS AN ISSUE; out of our hands’
Fury changes mind: Joyce is No. 2 heavyweight and “coming for everybody”
Ryan Garcia Describes Altercation With Tank ‘In the Club’, Says ‘He Just Wanted To Seem Tough’
Spence vs Ocampo FULL FIGHT: June 18. 2018 | PBC on Showtime