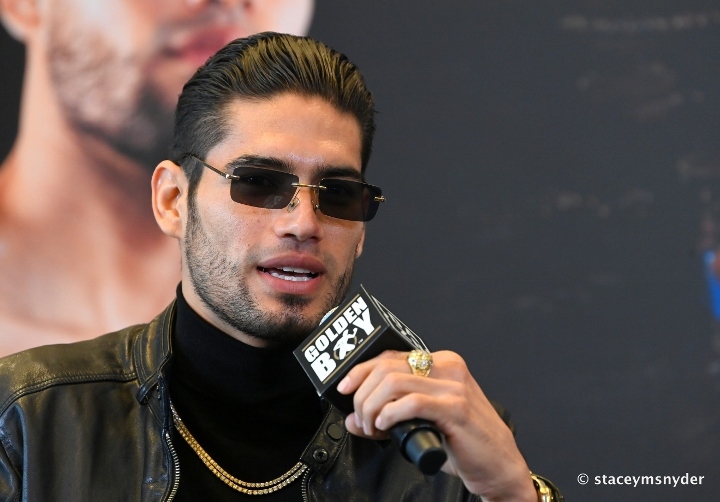 The long chase is over for “Zurdo” or at least it appears that way after nearly two years.

Ramirez had won not one but two title eliminators, knocking out Yunieski Gonalez and then in his last fight, stopping the previous WBA No. 1 contender Dominic Boesel (32-3) in four rounds, to formally become the mandatory.

“Bivol’s champion period is conditioned to a term of 24 months and his last mandatory fight was on March 3, 2018 (8 fights ago vs. Sulivan Barrera in Bivol’s first title defense), his next was to be after March, 2020,” Carlos Chavez, chairman of the WBA Championship Committee, explained in a letter to the two teams.

“For that reason, he must face Ramirez. In case they do not reach an agreement in the given time period or any of the parties refuse to do so, the WBA will have the right to call the fight a purse bid.”

The two sides were given until August 10th to consummate a deal to avoid a WBA purse bid hearing.

“I always hear things here and there,” Ramirez said, “but I’m in this position for a reason. The WBA is a tremendous organization and I believe the right process will prevail. Unlike others, I take pride in my craft and will always want to face the best in real life, and not just speak of it like other champions.”

No sooner had the WBA informed all concerned parties, though, Matchroom Boxing promoter Eddie Hearn, who along with manager Vadim Kornilov who represents Bivol, was quoted as reportedly planning to request an exception from the WBA to allow Bivol to make a voluntary defense against No. 2 rated Joshua Buatsi in October with the winner to face “Zurdo.”

“I’ve heard some stuff, but I don’t really pay too much attention to the garbage,” Ramirez’ manager David Suh (3 Point Management) commented. “At the end of the day, we are grateful for the opportunity and have full faith in the process. The WBA and Mr. Gilberto Mendoza have been great to us and we look forward to getting this done.”