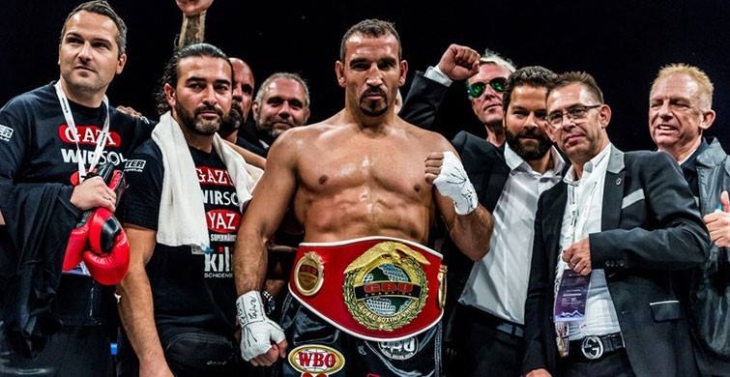 The annual show in Savonlinna, Finland, went ahead with a mixed event featuring professional boxing, amateur boxing and martial arts. In the headliner middleweight Olavi Hagert (6-0) knocked out late sub Eduard Belas from Estonia. It was Belas fourth visit to Finland and he has yet to get past the first round – but he saved the show for the promoters as Hagert had sold a lot of tickets.

Former WBA super welterweight champ Austin Trout (35-5-1), now promoted by Legacy Sports in Germany, outscored Florin Cardos (21-4) over eight. It looked like a clear win for Trout but one judge had it even.

In other action on this show in Wuppertal Friday night 51-year old Firat Arslan (52-9-3) kept his dreams of another world title fight alive by stopping Argentinian Juan Rodolfo Sanchez (20-7) in the second.

Italian super featherweight Catalin Ionescu (13-2-1) stopped Nicola Henchiri (10-8-2) in the second to win the national title in Lastra a Signa on July 16.

French super middleweight Gustave Tamba (18-1) was all set to defend the EU title against German Nick Hannig (10-1-1) this past Wednesday (July 13) but with less than 48 hours to go Hannig pulled out. Instead Tamba fought Czech journeyman Ondrey Budera (18-27-1) and won on a knockout in the third in a non-title fight.