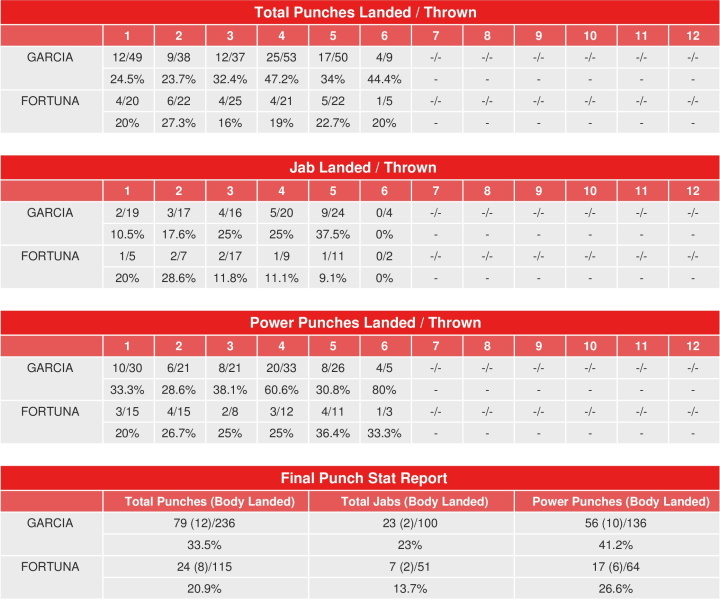 Ryan Garcia impresses in a fight with what was supposed to be his toughest test in Javier Fortuna. The left hook scored three knockdowns, 1 to the body and 2 to the head. Garcia outlanded Fortuna 79 to 24 overall.  Garcia was 56 of 136 for 41% in power punches.

Fortuna went down in the fourth from a body shot, from a left hand in the fifth, and then a combination for the full count in the sixth round.

Edwards to defend flyweight title vs. Alvarado
Deontay Wilder vs. Tyson Fury 2 – FULL PRESS CONFERENCE | Heavyweight Boxing
Sweet D Files: When it comes to women’s boxing, male boxers should watch and learn
Devin Haney On Being Avoided: “They Still Don’t Want To Fight Me”
Panel: Now he’s moving to lightweight, how do you see a fight between Shakur Stevenson and Devin Haney unfolding?