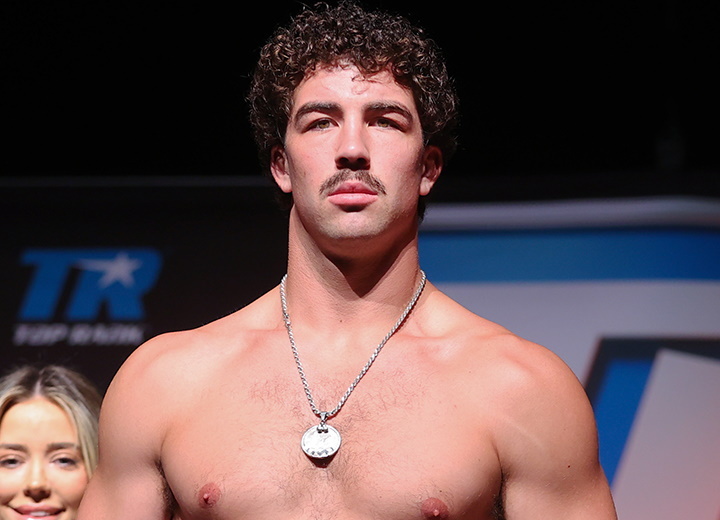 Zavala (2-2-1, 2 KOs), of Del Rio, Texas, remained on his feet when their brief bout was halted and protested the stoppage.

ESPN televised Torrez-Zavala as the opener of a tripleheader that’ll feature unbeaten junior welterweights Arnold Barboza Jr. (26-0, 10 KOs) and Danielito Zorrilla (16-0, 12 KOs) in the 10-round main event. After going less than one round, Torrez (2-0, 2 KOs) will make a quick return in another fight ESPN will air August 27 as part of the Jose Pedraza-Richard Commey undercard from Hard Rock Hotel & Casino in Tulsa, Oklahoma.

Torrez, of Tulare, California, dropped Allen Melson three times and knocked him out in the second round of Torrez’s pro debut March 4 at Fresno State University’s Save Mart Center.

Melson (6-4, 3 KOs), of Gadsden, Alabama, was wild and awkward, but Torrez handled him well after suffering a significant cut along his right eyebrow just before the first round ended.

Adrien Broner Calls Out Nate Diaz to Crossover Fight
“Joyce Looked Like A Peaking Heavyweight!” David Haye, Carl Frampton & Josh Denzel Chat #JoyceParker
Edwards to defend flyweight title vs. Alvarado
Lucas Ketelle: “I’m Inspired By People Who Make A Path For Themselves”
Charlo: Who has Crawford ever fought? Lubin would KO him