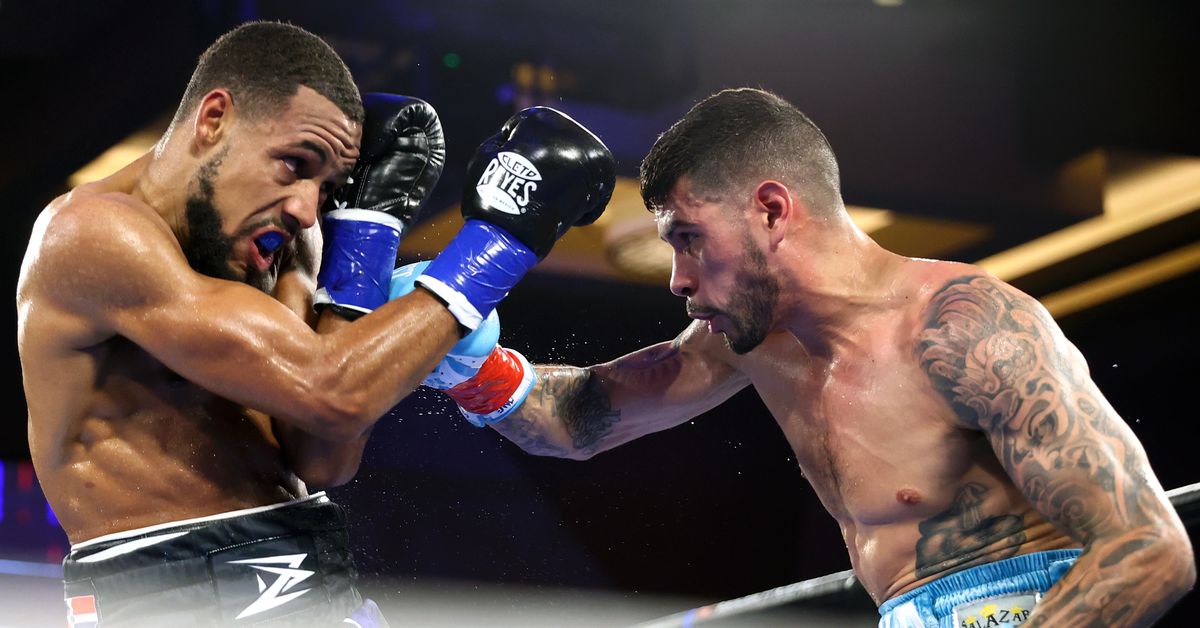 Arnold Barboza Jr kept his “0” and Danielito Zorrilla’s had to go, with Barboza winning a clear unanimous decision tonight in Temecula, Calif., though not without some late scares.

But he did eat some heavy shots from Zorrilla (16-1, 12 KO) in the 10th and final round, and had to push through a last-ditch effort from the Puerto Rican, who had largely been out-boxed and out-classed over the course of the fight, with Barboza simply proving the more well-rounded and better fighter.

Barboza also proved he’s for sure got a chin, because Zorrilla can punch and he landed some good rights, not just in the final round but a bit early in the fight, too.

“I was a little rusty, it’s been a while. I’m not gonna be inactive like that no more, I’m going to be fighting constantly,” Barboza said in his post-fight interview.

“It’s hard (fighting at home) with the crowd, we sold it out, but trying to relax, man, it’s hard. We ended up exchanging more than we wanted to,” he added, saying he’ll be back in the gym in a week.

Barboza appeared to suffer a hand injury in the sixth round, but said it was just “a little swollen, but that’s what happens when you’re hitting someone in the head.”

As for his short-term, Barboza said his main goal is a title shot. “My manager knows if we can’t get a title shot, then we want Teofimo Lopez. It’s either a title shot or him. Let’s see what happens, see if he wants to do it.”

Lopez (16-1, 12 KO) is set to make his 140 lb debut on Aug. 13, facing Pedro Campa in what is expected to be a pretty easy win, and a fight with Barboza after that would make sense, both in terms of the opponent and the timing.

Ryan Garcia: “Everyone Knows I’m Coming For Tank”
The Beltline: Fury vs. Charr is either a practical joke or an example of karma and retribution
Luis Nery Now Faces David Carmona On October 1 in Tijuana; Eyes Title Fight With Stephen Fulton
Deontay Wilder is back in the gym, and he’s hungry for vengeance.
Ex-WBC champ Figueroa facing DWI charge