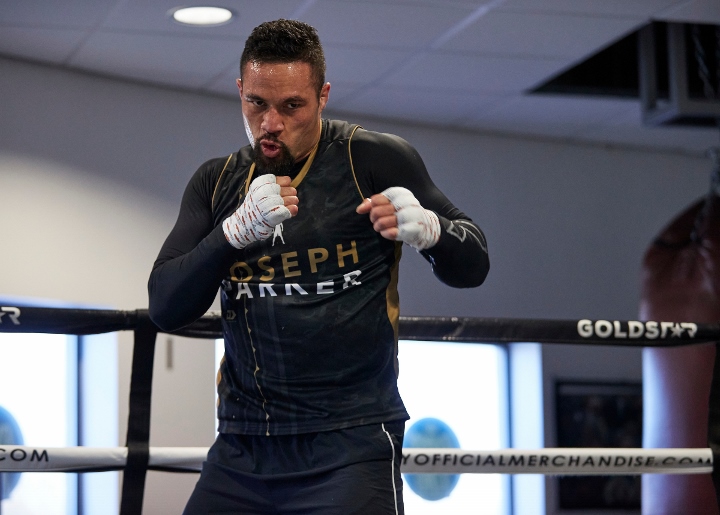 Former WBO heavyweight champion Joseph Parker is still hunting for an opponent for the fall.

The New Zealand boxer was in action back in December, when he battered Derek Chisora over twelve rounds for a clear unanimous decision win in their rematch.

There was then talk of a bout with Olympic silver medal winner Joe Joyce, but the negotiations fell apart when Parker signed his new promotional agreement. Joyce is promoted by Frank Warren, who has an exclusive content deal with rival network BT Sport.

BOXXER’s head, Ben Shalom, would like to get Parker the biggest fight possible and is currently exploring a possible fight with top contender Otto Wallin.

“We are still hopeful of the Dillian Whyte rematch and Joe Joyce fight for him, but we have had an offer for him to fight Otto Wallin,” Shalom told Mirror Fighting.

“It is another thing we are considering, he would also like the fights with Deontay Wilder and Andy Ruiz. He wants to fight anyone and everyone but the end of September or early October he will be fighting. We are still hopeful of making the fights we identified at the start and we think Joseph is going to perform very well on Sky. We think that one of these fights will be announced in the next couple of weeks.”

Wallin was due to face Dillian Whyte last October, but the fight fell apart when Whyte withdrew with injury. He’s been staying busy with two decision wins so far in 2022. Wallin’s sole defeat came at the hands of current WBC world champion Tyson Fury, by way of a tough twelve round decision, in September of 2019.

“Joyce Looked Like A Peaking Heavyweight!” David Haye, Carl Frampton & Josh Denzel Chat #JoyceParker
Media Review: Boxing remains a sport better at tricking than treating
Chris Eubank Jnr vs. Conor Benn is officially OFF
Family is everything: How the Fundoras are building a boxing dynasty
Where It All Began: Covering Benn vs. Eubank II in ’93