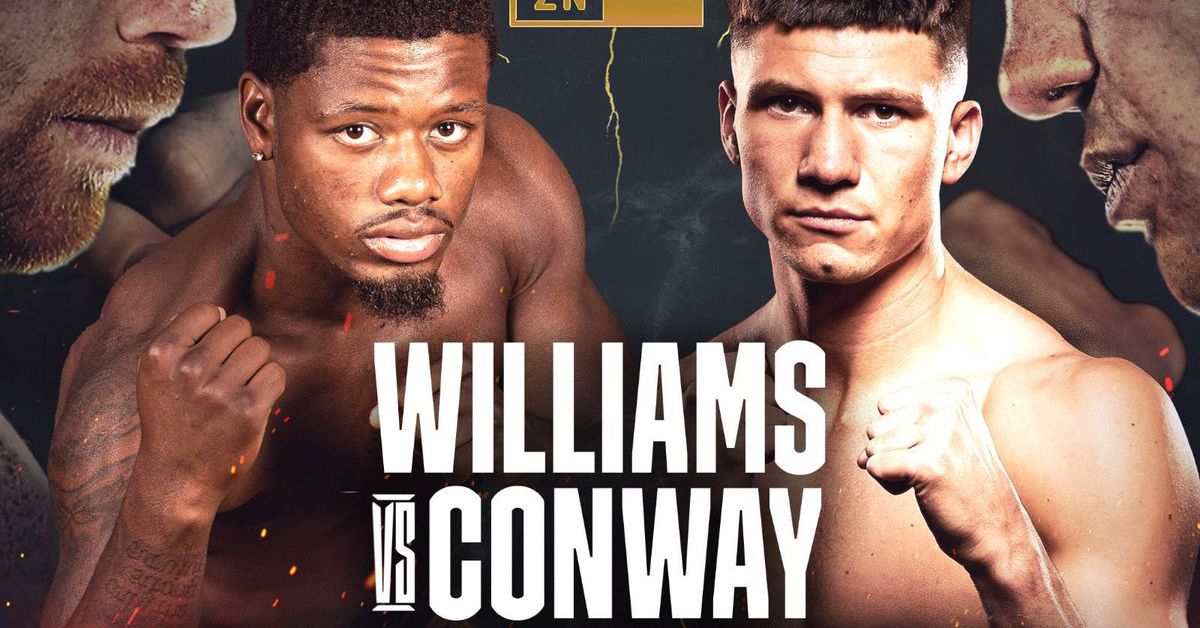 The undercard for Canelo Alvarez’s September 17th trilogy match with Gennadiy Golovkin is starting to come together, first with Monday’s announcement of Jesse “Bam” Rodriguez vs. Israel Gonzalez and now with the reveal that top prospect Austin “Ammo” Williams will meet Kieron Conway.

Williams (11-0, 9 KO) had a brief mental health scare in 2021, but hasn’t given cause for concern since, running over Quatavious Cash, Javier Francisco Montiel, and most impressively Chordale Booker this past April.

“It is my honor and a dream come true to open up the Canelo vs GGG 3 pay-per-view telecast,” said Williams. “I will deliver an unforgettable experience and capture my second consecutive title in the most sophisticated way imaginable.”

“Too Class” Conway (17-2-1, 3 KO) gave Souleymane Cissokho a scare ahead of Canelo’s win over Billy Joe Saunders last year, then edged out James Metcalf six months later. He’s a solid next step for Williams, though it’s worth mentioning that he’s moving up from 154 to 160 for this one.

“Last time out in the USA I made some mistakes,” Conway admitted. “I won’t make the same mistakes twice and I’m going there to catapult my career in the right direction on one of the biggest shows of the year. I can’t wait. I was made for the big stage and I’m going to show it.

“Williams is a decent fighter and won’t be underestimated but he’s just another opponent to me and I’m coming to get a job done.”