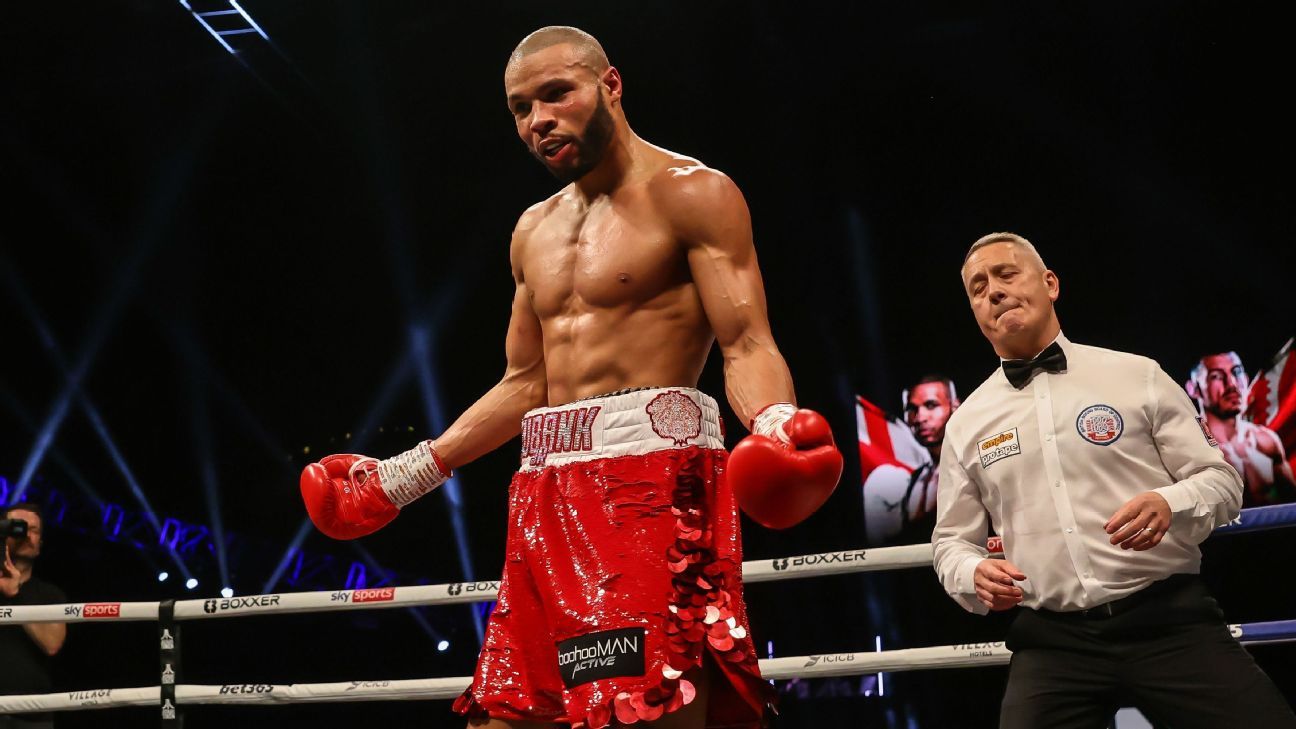 The Eubank-Benn rivalry may soon be reawakened as Chris Eubank Jr. and Conor Benn are being lined up to face each other in a catchweight bout at London’s O2 Arena on Oct. 8.

Chris Eubank and Nigel Benn were fierce English rivals in the 1980s and 1990s, which culminated in two epic encounters for world middleweight and super middleweight titles in 1990 and 1993.

No world title will be on the line if a deal is struck for their sons to meet, but it will still be a big fight for UK boxing fans.

Matchroom promoter Eddie Hearn guides Benn’s career and says there is still more negotiating to be done before a deal is made for the welterweight to face middleweight Eubank. The fight would be shown by streaming service DAZN, who Hearn has a partnership with.

Hearn told ESPN: “We are closing in on Conor Benn’s next fight, which is likely to be at the O2 Arena on Oct. 8. I have seen all the various reports around the Eubank fight, nothing is agreed or close at the moment regarding that fight.”

If the fight gets done, it will happen at an agreed catchweight between junior middleweight and middleweight, a compromise for both.

Benn (21-0, 14 KOs), 25, has made impressive progress in the last two years after he turned professional with limited experience. Benn, who grew up in Australia and Spain but is now based in Essex, England, has risen to No. 5 in three of the world governing body rankings and has delivered some exciting displays in recent fights.

Eubank Jr. (32-2, 23 KOs), 32, has operated at a higher level, and the Brighton-based boxer has been trained by American Roy Jones Jr. for recent fights, including a points win over Liam Williams in February.

Chris Jr., like Conor, has not held a full world title yet, but the fight will still comfortably sell out the 20,000-capacity O2 Arena in London. Both fighters are ranked highly: Eubank is No 1., 2. and 3. with three world governing organisations, while Benn is in the top five with all four governing bodies.

There seemed to be more likely opponents for Benn following his last win, but, after Gennadiy Golovkin agreed to a third fight with Saul ‘Canelo’ Alvarez scheduled for this September, the Eubank fight became an option.

Chris Sr. and Nigel, who both held world titles at middleweight and super middleweight, first met in 1990, when Eubank won by ninth round stoppage. Their second fight, which ended in a controversial draw, was the bigger event and was watched by millions on television as well as 42,000 at Old Trafford, the home of Premier League side Manchester United.