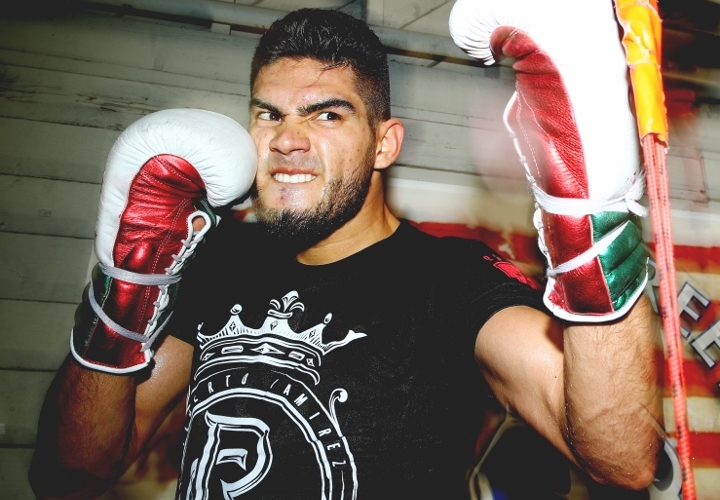 Gilberto ‘Zurdo’ Ramirez could not have been more thrilled when he received the news.

It’s been two months since the unbeaten Mexican southpaw secured the number-one contender slot to fight for the WBA light heavyweight titlist Dmitry Bivol, with both posting wins one week apart in May. The waiting game ensued before the WBA formally ordered the mandatory title fight on Monday, with both camps now given until August 10 to reach a deal.

“The beginning was a little bit sad and mad for me,” Ramirez admitted to BoxingScene.com, initially concerned that the fight would not be ordered to next take place. “Now, everything has changed. The time is right, and I will be ready for it. I knew the fight would happen.

“I was always confident the fight would happen and now it’s happening. I’m so excited.”

Ramirez (44-0, 30KOs)—who signed with Golden Boy Promotions last spring—became the mandatory challenger following a fourth-round stoppage of Dominic Boesel in their May 14 final eliminator. The win was his fifth straight at light heavyweight, all by knockout dating back to his April 2019 arrival after having previously held the WBO super middleweight title.

The win over Boesel came one week after Bivol (20-0, 11KOs)—a Kyrgyzstan-born fighter who lives in Russia—delivered the best performance of his career in a twelve-round, unanimous decision over Saul ‘Canelo’ Alvarez on May 7 at T-Mobile Arena in Las Vegas.

There were initial whispers that Bivol could next face England’s Joshua Buatsi, a 2016 Olympic bronze medalist for Great Britain and current top-rated contender. Those rumors died down and were dismissed outright once the WBA moved forward with the fight between Bivol and the 31-year-old Ramirez, a southpaw from Mazatlan, Mexico.

“This is a great opportunity,” insisted Ramirez, who previously made five defenses of the WBO super middleweight title before moving up. “I was waiting for this and now it’s happening.

“Now is the time to put everything into training, it’s time to fight.”