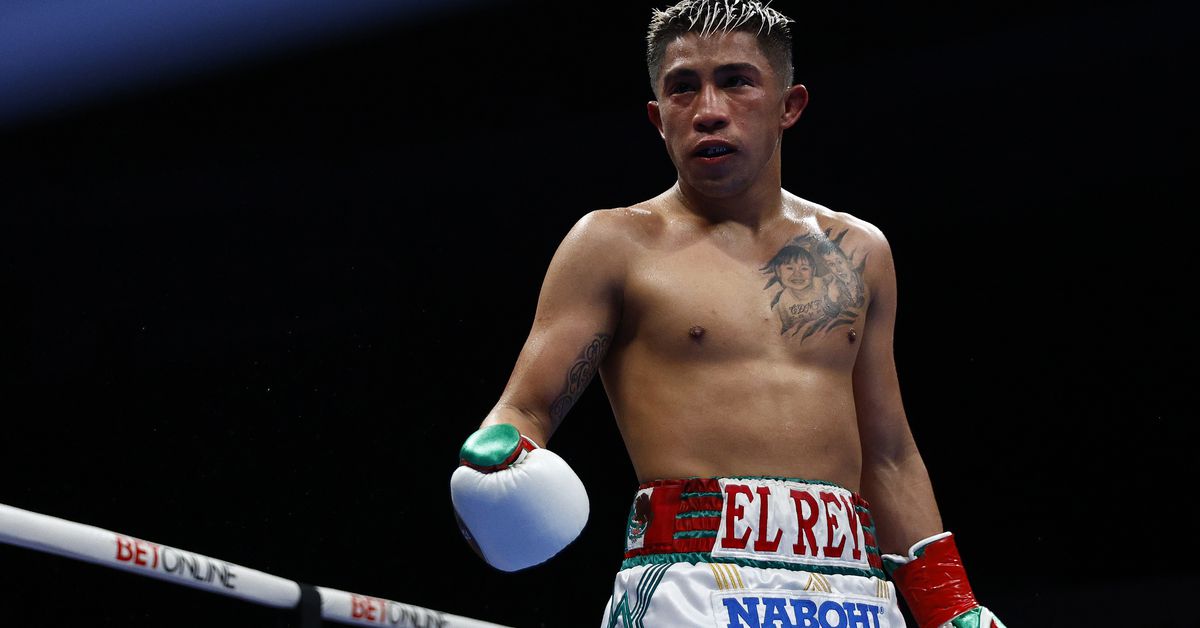 The flyweight division’s most desirable fight may be on the horizon, as ESPN’s Salvador Rodriguez reports that WBC champion Julio Cesar Martinez and IBF champion Sunny Edwards are “close to finalizing” an October 22nd unification.

Martinez (18-2, 14 KO) had been ordered to renegotiate with McWilliams Arroyo (21-4, 16 KO) after withdrawing from that mandatory defense a third time, but Rodriguez claims that Arroyo will instead defend his interim title against unbeaten Joselito Velasquez (15-0-1, 10 KO) on the same card.

Though “Rey’s” one-sided loss to “Chocolatito” Gonzalez and repeated issues outside the ring have dulled the luster a bit, it’s still a terrific matchup and one of the most intriguing clashes of styles the sport has to offer. Nobody at 112 has been able to outmaneuver or overpower Martinez’s berserker offense, but the ultra-slick Edwards (18-0, 4 KO), who was last seen cruising past Muhammad Wasseem in March, has looked razor-sharp since dethroning Moruti Mthalane.

The presence of Junto Nakatani may keep the winner from claiming inarguable #1 status at the weight, but it’ll be a hell of a notch on their belt(s).

Arroyo vs. Velasquez is a nice little crossroads match and yet another chapter in the Puerto Rico vs. Mexico rivalry. The Reynoso-trained Velasquez, a 2016 Olympian and two-time Pan-American gold medalist, is taking a major step up in class, but seeing as he’s already 28, now’s the time for it. A win here would catapult him right into contention, although sharing a trainer with Martinez may make a title consolidation awkward.

Eddie Hearn On Fury-Joshua: “As Far As We’re Concerned The Fight’s Off”
The Chances For A December Fury-Joshua Fight Are Now Very Slim – And That’s Too Bad
Luis Alberto Lopez Feels Warrington is Dirty Fighter, Aims To Knock Him Out
‘WE’RE NOT F*CKIN AROUND! ‘Eddie Hearn confirms LAWSUIT VS JAKE PAUL
Fury or Usyk? Believe it Joe Joyce, you really did it! 🤣 Chatterbox With Josh Denzel & Carl Frampton