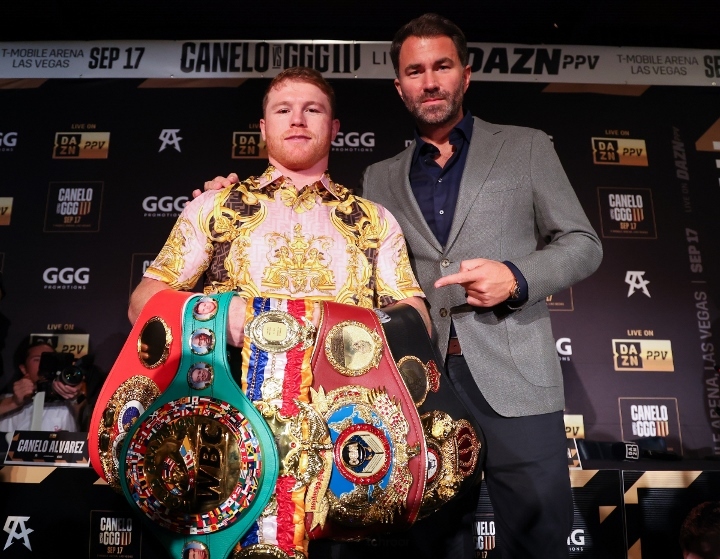 Back in May, Canelo moved up to the light heavyweight division to challenge Bivol for the WBA title. The Russian boxer outboxed Canelo over twelve rounds to secure a dominant decision win.

Canelo is back in the ring on September 17, when he returns to super middleweight to defend his undisputed championship against Gennadiy Golovkin in a trilogy fight.

De La Hoya’s company, Golden Boy Promotions, had guided the career of Canelo for over a decade. The two had a falling out in 2020 and parted ways. Canelo is currently working with Hearn on a fight by fight basis.

Hearn indicates that Canelo, should he beat Golovkin, intends to fight Bivol in a rematch – likely in May 2023.

“This is a guy who has done it all and we should respect him for trying to be great. Now he comes back, fights Triple G, he wants to go straight back into the Bivol rematch. If he beats Bivol in the rematch, what do we say then? Greatest fighter of all time, one of.”