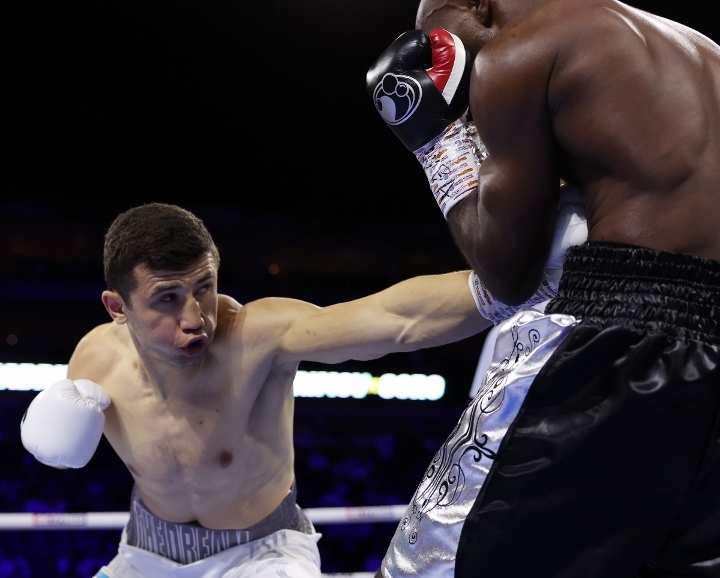 O2 Arena, London – In a junior middleweight rematch, Israil Madrimov (8-0, 6 KO) and Michel Soro (35-3-1, 24 KOs) fought to a three round technical draw after a bad clash of heads. (photos by Mark Robinson) 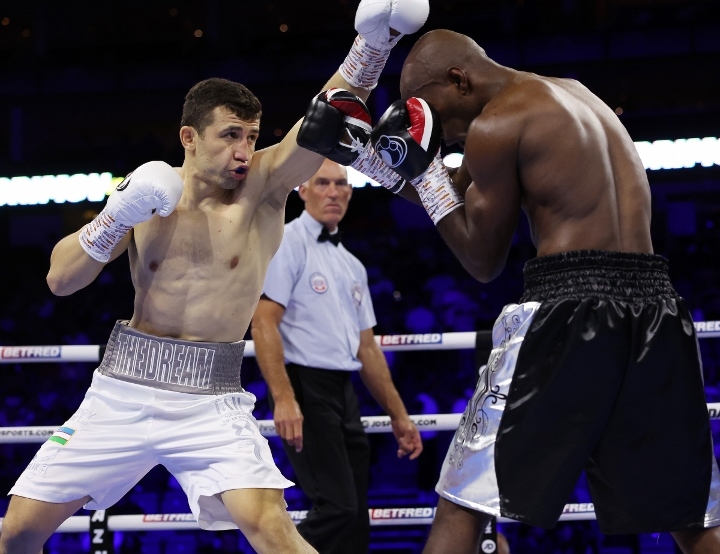 Their first meeting, in December in Uzbekistan, there was a controversial ending where the referee stopped the fight – after the bell – as Soro was being attacked by Madrimov. After some confusion, Madrimov was given a TKO win in nine. The WBA would later order a rematch. 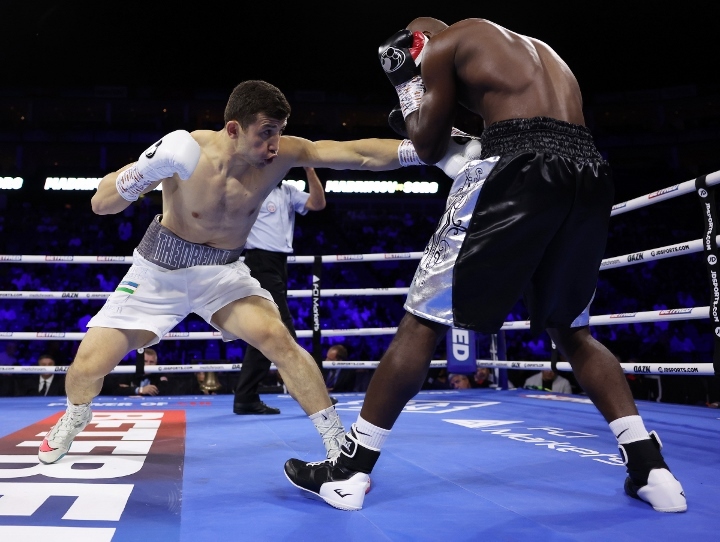 Madrimov came out jabbing to the head and body. Soro was looking to counter to the head. Madrimov was more aggressive in the second, pressing forward and landing big punches to shake Soro up. 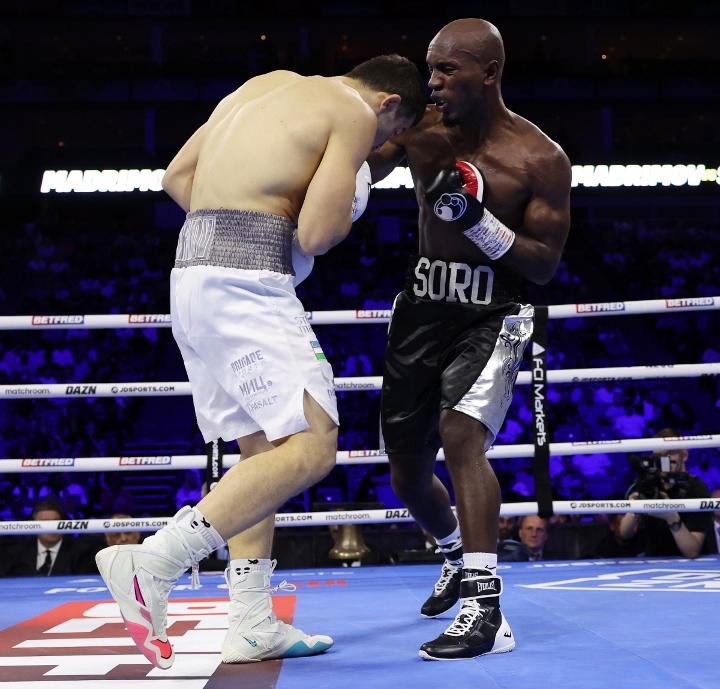 At the start of the third, there was a very bad clash of heads and Soro’s sustained a deep cut above his left eye and it was bleeding pretty bad. The doctors looked at the severe cut and the fight was quickly waved off. 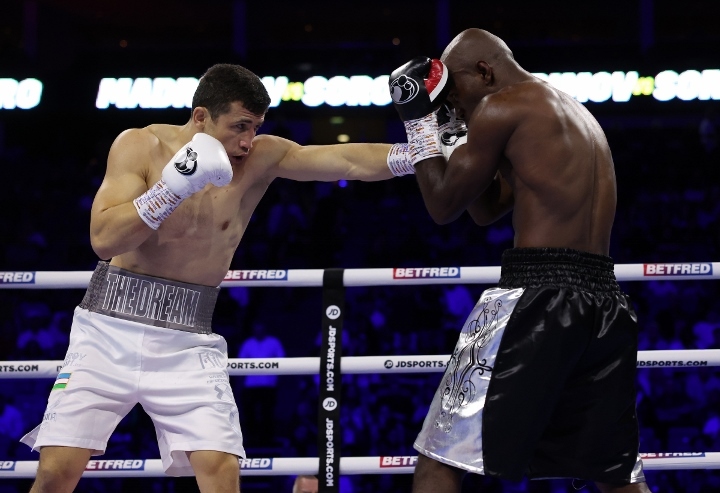 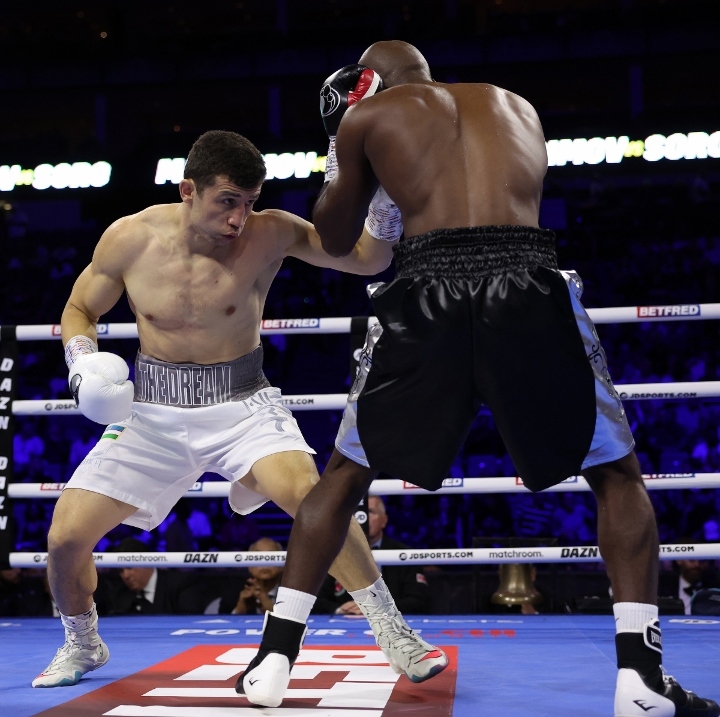 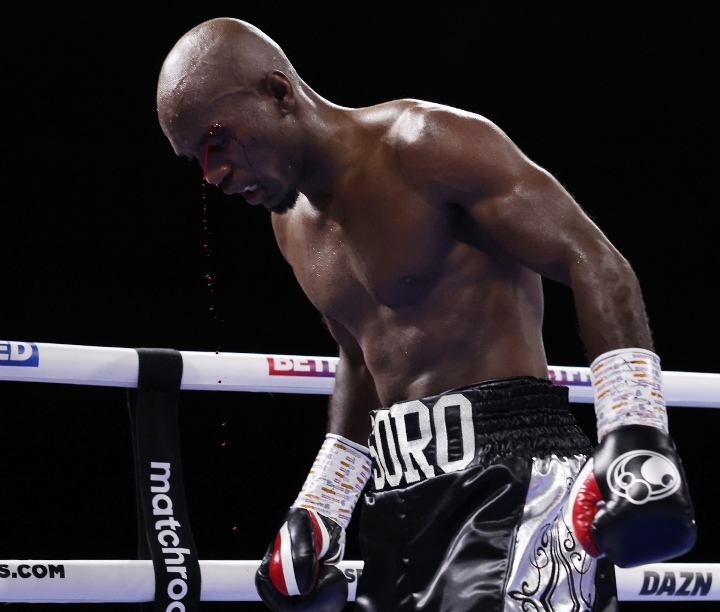 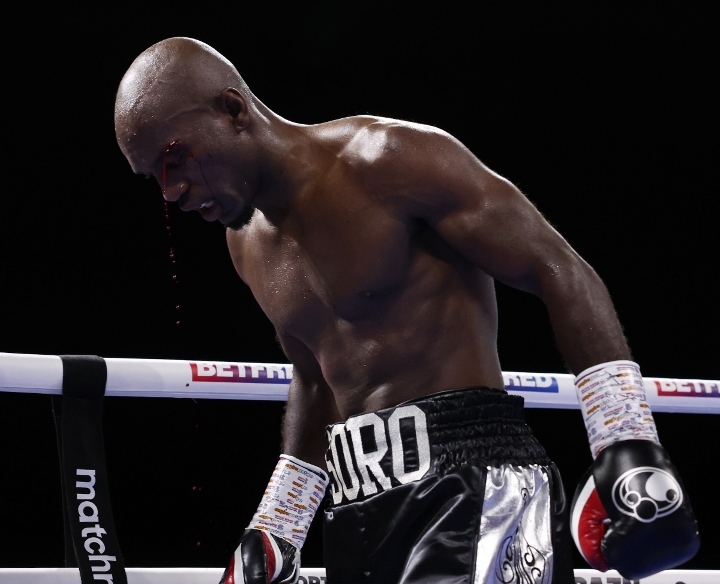 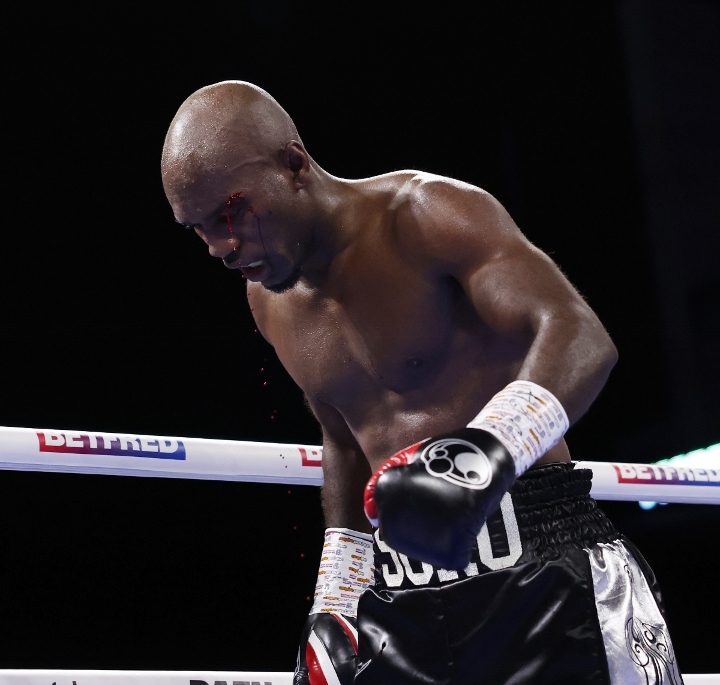 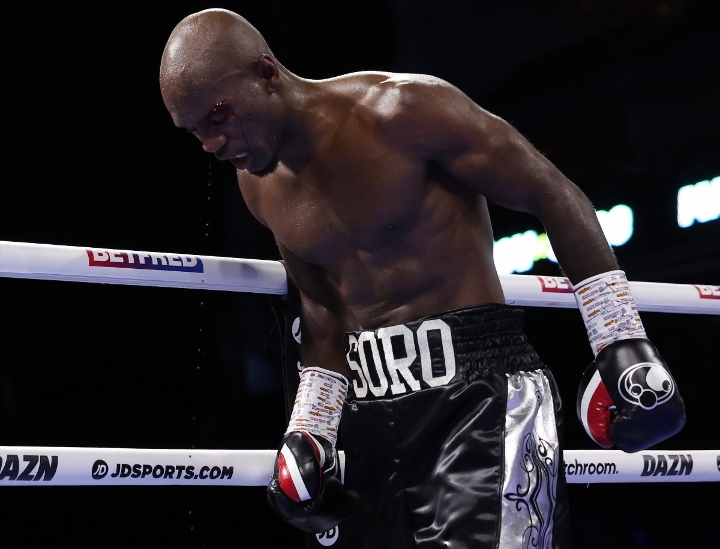 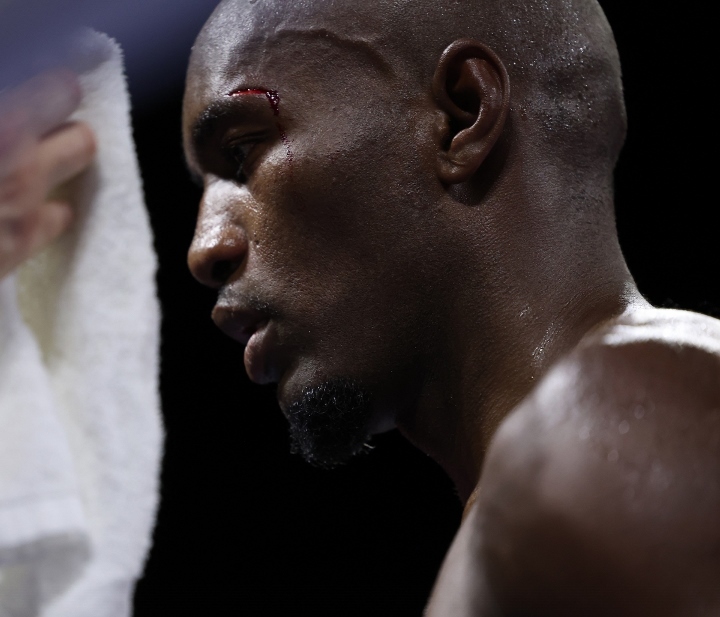 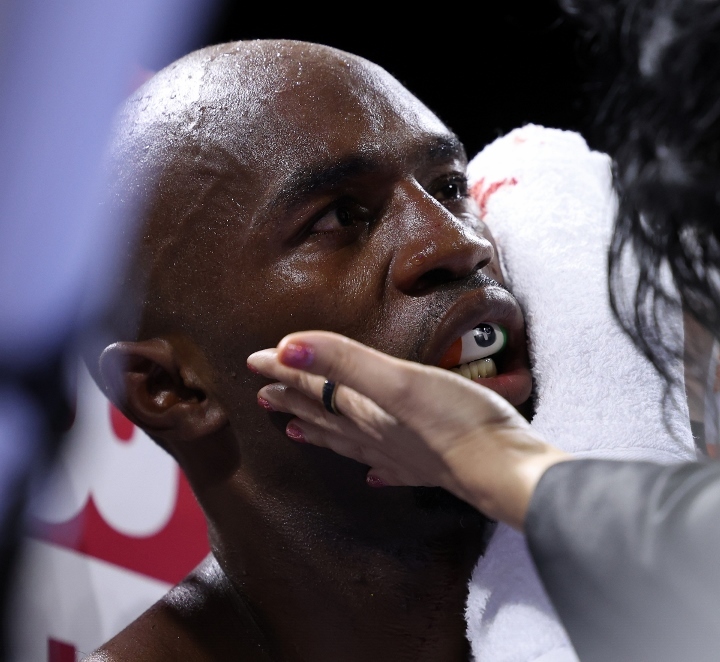 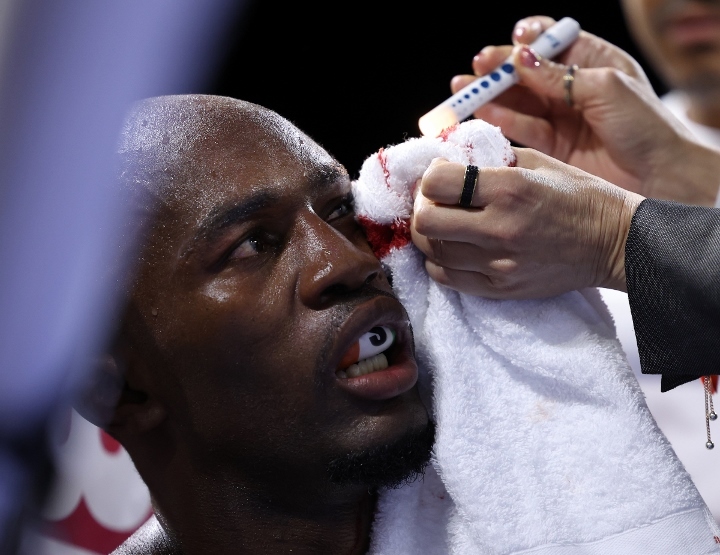 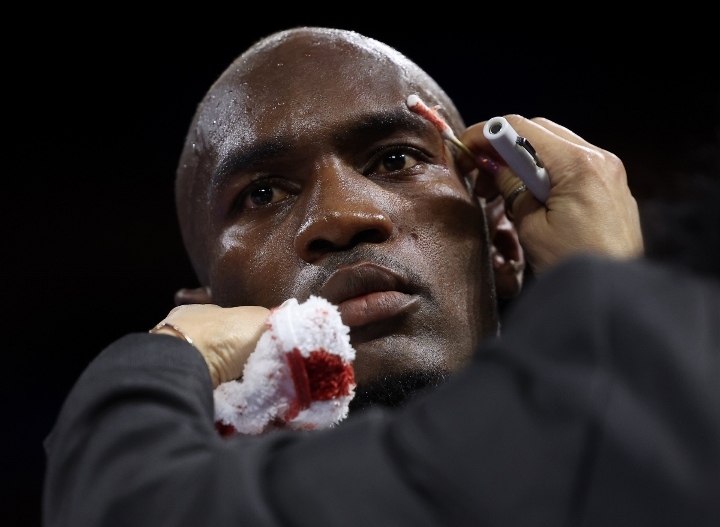 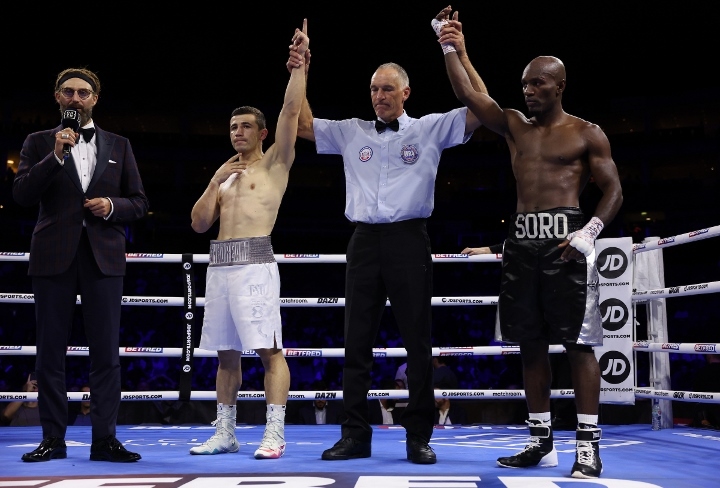 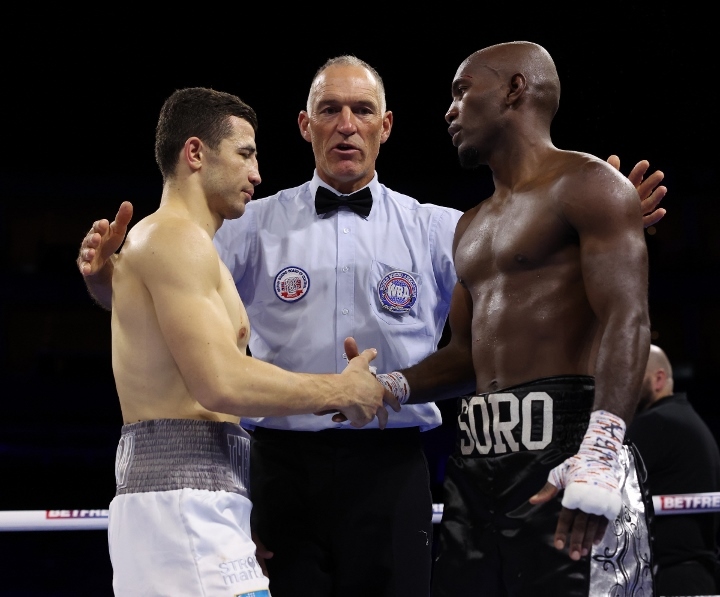 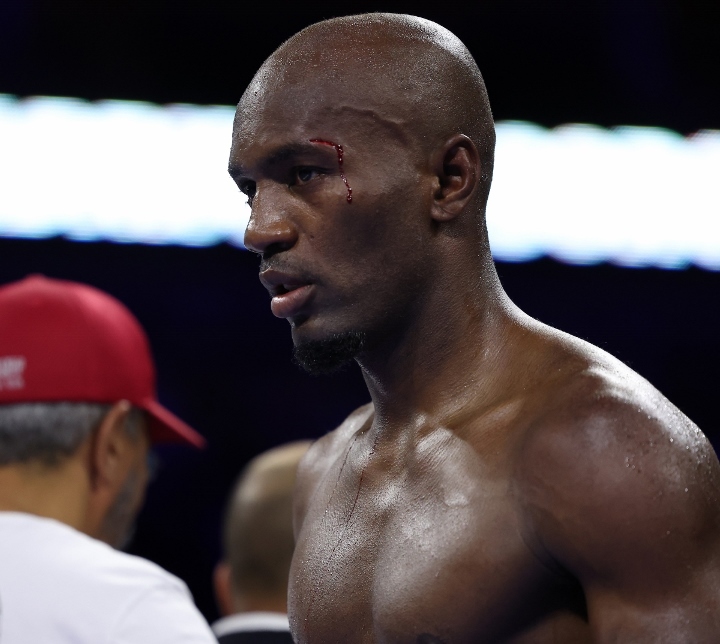 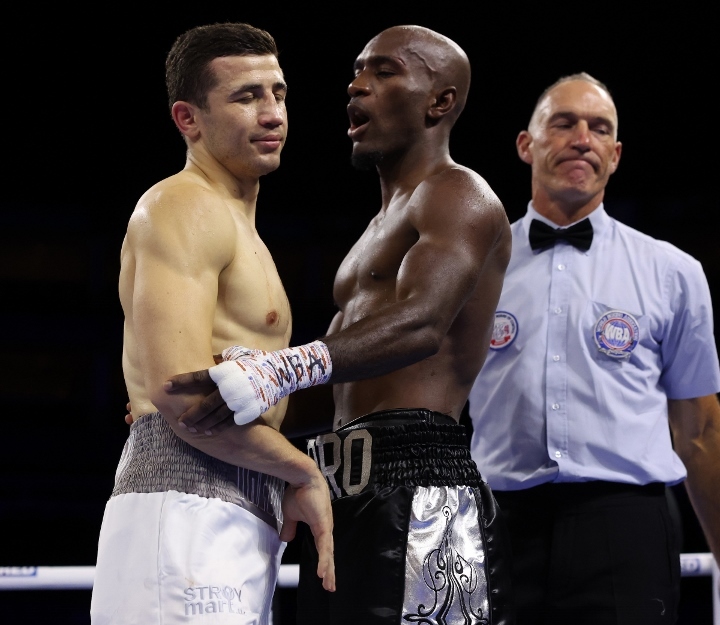 Fury or Usyk? Believe it Joe Joyce, you really did it! 🤣 Chatterbox With Josh Denzel & Carl Frampton
Panel: Now he’s moving to lightweight, how do you see a fight between Shakur Stevenson and Devin Haney unfolding?
Ryan Garcia: “Everyone Knows I’m Coming For Tank”
Tommy Fury To Return on November 13 Mayweather-Deji Card in Dubai
Joseph Parker Ranks Joe Joyce Ahead Of Both Anthony Joshua And Andy Ruiz