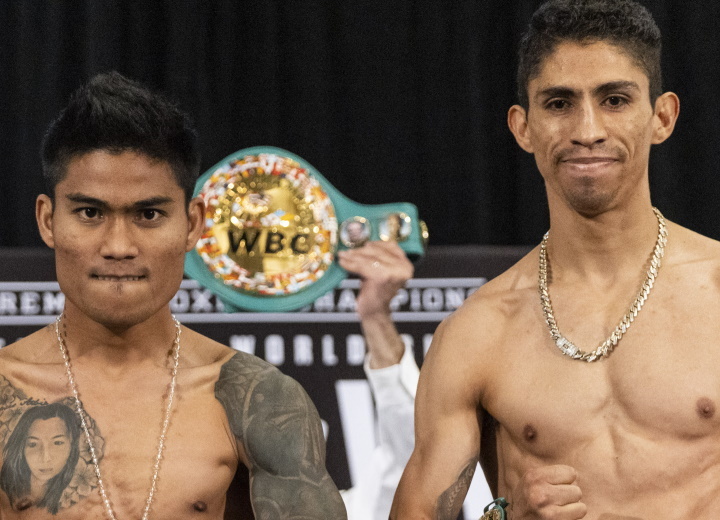 Sometimes, a title win is validation of a fighter’s placement in the upper echelon in their division.

Sometimes, the conditions of the win leave the jury still out.

There’s no real debate that Mark Magsayo did enough to take the WBC featherweight strap off Gary Russell Jr. in January. It was a good, honest win…but also awful close by the end. It was hard to miss Russell’s limitations that night, fighting most of the night one handed and with little offense. Russell came up just short in a fight where he was getting by with guile more than his talent.

Could Magsayo have beaten a two-handed Russell? Is he the real deal at the title level?

Rey Vargas might be able to help viewers answer that on Saturday night (Showtime, 9 PM EST). Making only his second start since 2019, the former 122 lb. titlist is abnormally tall and long for a featherweight with ring smarts and tricky punch selection. We can assume he’s coming two-handed and while rust could be an issue Vargas should be healed from injuries that derailed him.

This could be a real summer sleeper..

Let’s get into it.

The Pick: On paper, Vargas has some interesting physical advantages. He’s longer armed than Magsayo and will stand at least five inches taller. Vargas has shown resolve in the past, fighting through cuts and never wavering from what he does well. Vargas has a long, active jab, a smart lead right hand, and knows how to tie up a shorter opponent. Magsayo should be a little quicker, and he’s the more explosive of the two in combination, but Magsayo will have to figure out how to cross the real estate consistently to get to Vargas.

Magsayo can sometimes be caught in transition between offense and defense and his offense can be predictable. Vargas’s lead right hand is going to be handy there. As the fight progresses, and Vargas has seen the early offense of Magsayo, timing the rushes of the titlist could get easier. Vargas is a long night for anyone, posing odd physical challenges with ring smarts that allow him to think from his comfort range. The more polished and experienced fighter here is Vargas and he’s the pick to win a decision in a fight that gets less interesting, and maybe even a little mugging and ugly, in the second half.