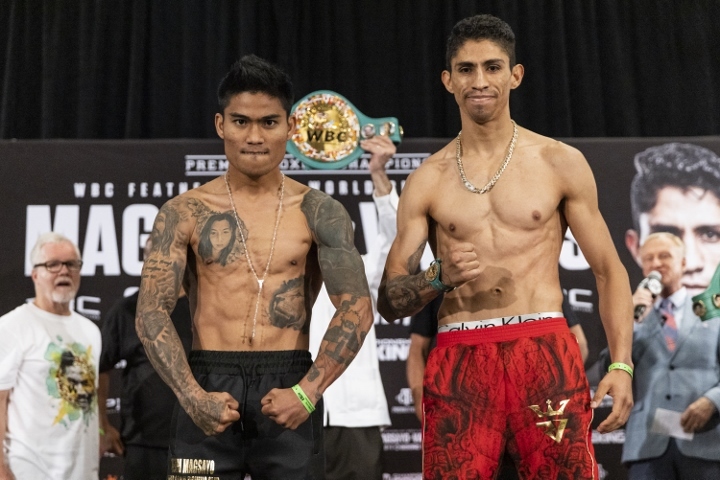 SAN ANTONIO – Fabian Diaz endured about as difficult a pro debut as he could’ve expected Saturday.

The young junior lightweight went toe-to-toe with rugged Mexican Julio Gomez for four full rounds on the non-televised portion of the Mark Magsayo-Rey Vargas undercard at Alamodome. Diaz, of Edinburg, Texas, won all four rounds on each scorecard, 40-36, but he knew when the final bell sounded that he had been tested in his first professional fight.

Diaz (1-0) countered Gomez well at times, but Gomez (1-2-2) buzzed him toward the end of the third round and never stopped coming forward. Gomez landed plenty of power punches of his own, despite that he didn’t win a single round on any of the judges’ scorecards.

In the previous bout Saturday, Xavier Bocanegra continued the strong start to his professional career.

Bocanegra battered Travis Crawford to his head and body throughout the second and third rounds on his way to a third-round stoppage in their four-round featherweight fight. The 18-year-old prospect from Donna, Texas hurt Crawford with two left hooks to his head, both of which wobbled him, and eventually made the referee step between them to halt the action while Crawford remained on his feet.

The official time of the stoppage was 2:27 of the third round.

Bocanegra improved to 2-0 and recorded his first knockout as a professional. Crawford, of Corpus Christi, Texas, lost his pro debut.

In the first bout on the non-televised portion of the Magsayo-Vargas undercard, Samuel Arnold dropped Antonio Louis Hernandez twice during the second round on his way to a shutout on all three scorecards in their four-round super middleweight match.