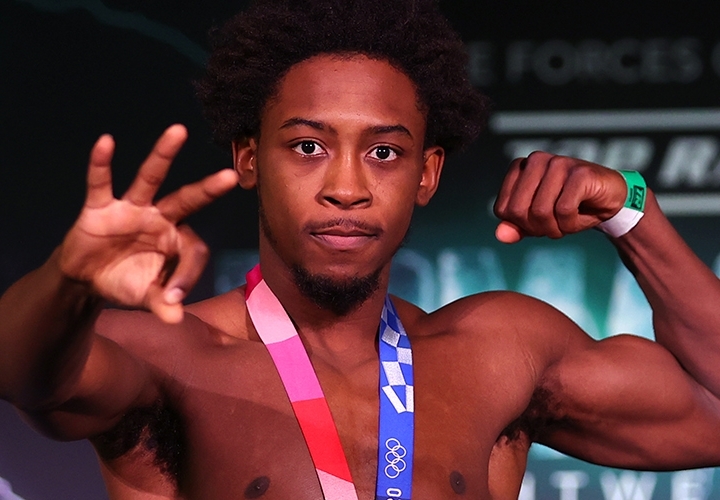 Undefeated lightweight Keyshawn Davis has been forced to withdraw from his July 15 co-feature against Jair Valtierra due to an illness that interrupted his training camp. Davis (5-0, 4 KOs), a U.S. Olympic silver medalist, will return this fall.

The card takes place at the Pechanga Summit at Pechanga Resort Casino in Temecula, California.

Barboza (26-0, 10 KOs), from South El Monte, California, is a nine-year pro who is closing in on a world title shot following a series of headline-grabbing victories. In April 2019, he knocked out former world champion Mike Alvarado in three rounds, a resounding Los Angeles homecoming that solidified him as a top contender. Barboza has won five bouts since, securing one-sided verdicts over Ricky Sismundo, William Silva, Tony Luis, Alex Saucedo, and Antonio Moran. He comes back following an 11-month layoff, the second-longest of his career. Ranked No. 8 by the WBO and No. 11 by the WBC, Barboza hopes a dominating win over his unbeaten foe will earn him that long-awaited title opportunity.

Zorrilla (16-0, 12 KOs) is a native of a Toa Baja, Puerto Rico, who had more than 100 victories before turning pro with a second-round knockout in November 2016. The 28-year-old, ranked No. 10 by the WBO at 140 pounds, has diced through his opposition in the paid ranks with 11 knockouts in three rounds or less. He went 2-0 in 2021, edging past Ruslan Madiyev in March and knocking out former interim world champion Pablo Cesar Cano in two rounds in September. A renaissance man who has an associate degree in banking and cuts hair out of his home-based barbershop, Zorrilla can cut past the line of contenders with a victory over Barboza.

Joe Joyce: “I’ve heard Tyson Fury might be interested in a fight” 👀
Santa Cruz vs Wood title consolidation back in play after Vargas and Lara fights fall through
Hearn: Rakhimov Will Get His Chance Against Zelfa Barrett, Cordina Will Fight Winner
Frank Warren: Joe Joyce Propelled Himself Into The Elite at Heavyweight
Sweet D Files: When it comes to women’s boxing, male boxers should watch and learn