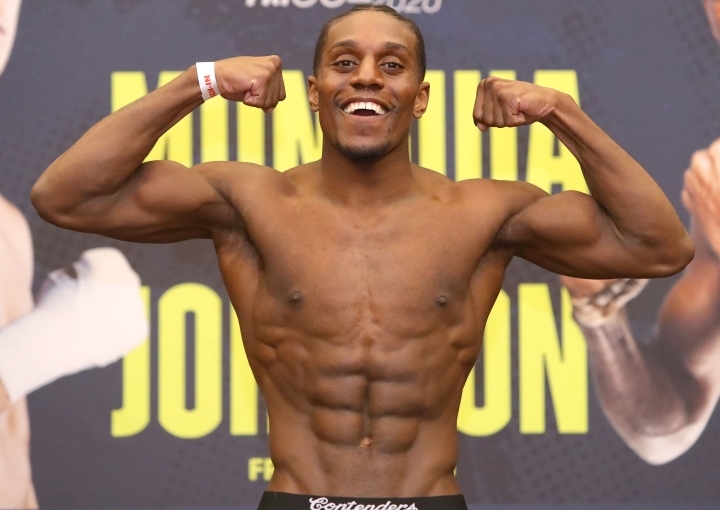 Rashidi Ellis never envisioned the scenario where he would be forced to rebuild following his best win to date.

Nearly two years after outpointing Alexis Rocha, the unbeaten welterweight finally has a chance to resume his career. The return comes in the form of his debut with Premier Boxing Champions (PBC), as Ellis will appear on the non-televised portion of Saturday’s show at Alamodome in San Antonio.

“It feels very exciting. I was frustrated waiting for a fight to happen. Now we got this fight coming up, so I’m very excited,” Ellis told BoxingScene.com. “I’m ready to put on some fireworks in mid-July. I know I gotta turn up and show out.”

Ellis (23-0, 14KOs) was originally due to face Argentina’s Alberto Palmetta (17-1, 12KOs), as part of a lead-in stream on Showtime’s YouTube channel preceding a tripleheader on its linear network. Palmetta has since withdrawn after suffering an untimely back injury. BoxingScene.com has since learned that Jose Marrufo, a Mexican journeyman based out of Phoenix, is being sought as the replacement opponent for the sake of keeping Ellis on the show.

Brighter times were once in store for Ellis, particularly after outpointing Rocha in their October 2020 battle of undefeated welterweights. The win was the last of an impressive but spaced-out stretch that included a pair of victories over Eddie Gomez and disposing of other typical tests that a fighter like Ellis is expected to conquer.

The 29-year-old is part of a proud boxing family from Lynn, Massachusetts that includes older brother and pro super middleweight Ronald Ellis, and younger sister Rashida, a 2020 U.S. Olympian and current amateur standout. Hoping to further contribute to the family name, Ellis was instead met with a layoff that somehow exceeded his time on the sidelines during the pandemic.

Much of it was attributed to his riding out a contractual situation with Golden Boy Promotions before officially declaring free agent status earlier this year.

“I figured I’d be ranked top five and fighting some of the contenders,” Ellis noted. “I thought I’d get a big opportunity in my next fight. That obviously didn’t happen. But, I had a couple of good fights with [Golden Boy]. They did what they could.”

Ellis now plans to do more now that he is armed with a team that intends to invest in his future. Efforts to keep him on the show was the latest sign of proof that it appears his career Is back to being on the right path.

First comes what has proven to be the hardest part of the past two years, including this current fight week—actually making his way to the ring.