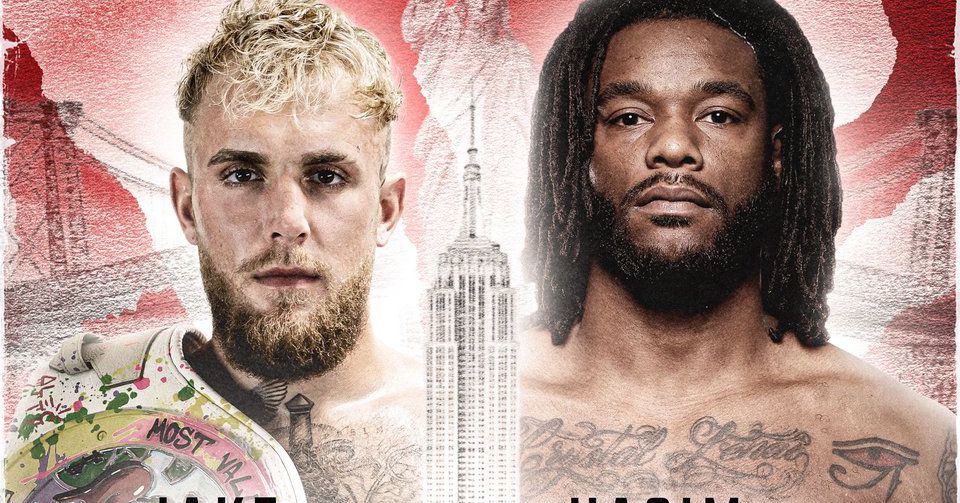 Chris Mannix revealed earlier this week that Jake Paul was “finalizing a deal” to face Hasim Rahman Jr in place of the travel-challenged Tommy Fury, and we can now officially change that tense from present to past. The pair are set to meet atop an August 6th Showtime PPV at Madison Square Garden.

Interestingly, the fight will, in fact, take place at the cruiserweight limit of 200 pounds despite the 6’3” Rahman (12-1, 6 KO) spending his five-year career as a heavyweight. As Scott pointed out, he was 224 in April and has been in the low 210s on multiple occasions, so there’s reason to believe that he can make the cut.

“Gold Blooded,” son of “The Rock,” is the first genuine boxer Jake Paul’s faced in the ring, but that record’s deceiving. His April meeting with James McKenzie Morrison marked just his fourth fight against someone with a winning record and it ended in a TKO loss. He’s also a former sparring partner of Paul’s (5-0, 4 KO).

If everything’s on the level, though, he’s a step up in competition, the physically larger man at 6’3”, and has about the right level of skills to be test a would-be boxer in his sixth pro fight. Can’t complain too much.

The Beltline: Fury vs. Charr is either a practical joke or an example of karma and retribution
“I don’t think Usyk will want to fight you” Frank Warren and Joe Joyce immediately after his fight
Jai Opetaia vs. Chris Billam-Smith in Discussions, Says Shalom
Oleksandr Gvozdyk Preparing For Comeback
Frank Warren will “move heaven and earth” to make Oleksandr Usyk vs Joe Joyce next! 🤯