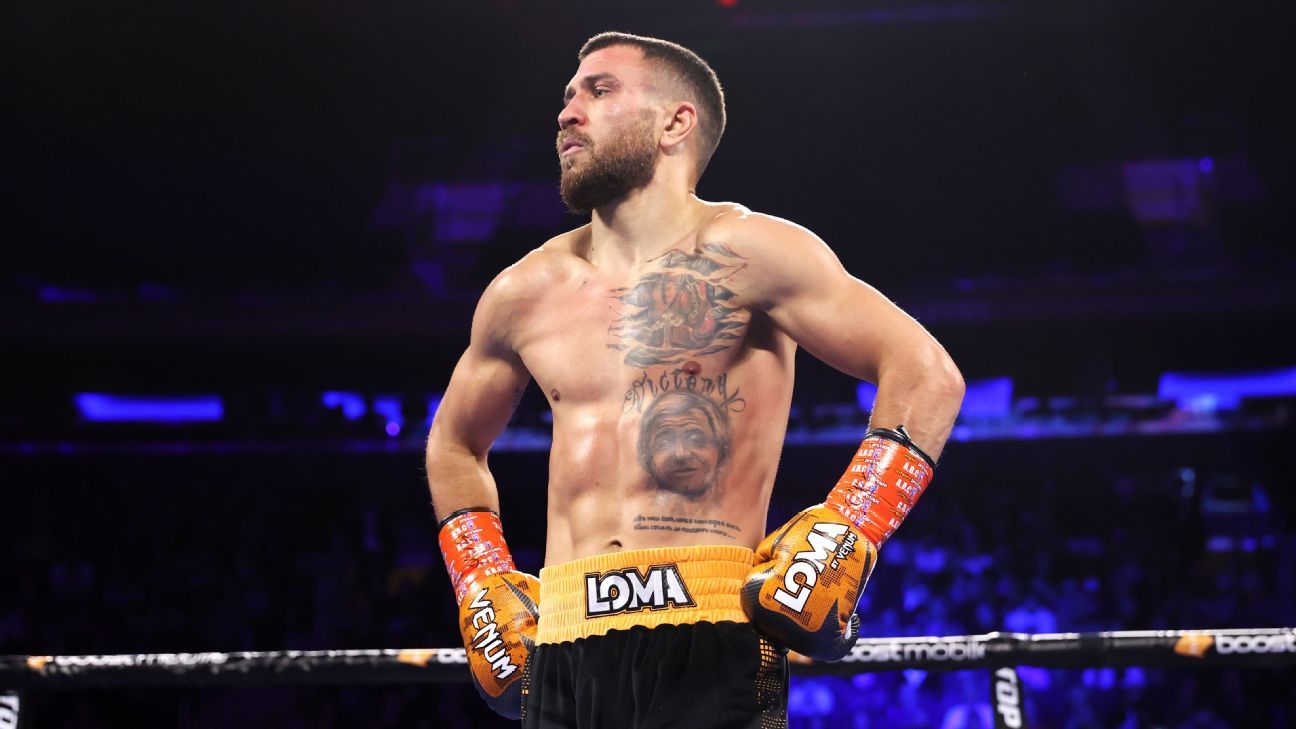 Lomachenko (16-2, 11 KOs) has not yet fought in 2022. The 34-year-old Ukrainian joined a territorial defense battalion in his home country during the first month of the Russian invasion in February, leaving his immediate future in the ring unclear. Before the war, Lomachenko had agreed to challenge lightweight champion George Kambosas on June 4 in Australia.

According to DuBoef, no further details regarding the opponent or venue for Lomachenko’s return are available.

The No. 9-ranked pound-for-pound boxer in the world by ESPN and a two-time Olympic gold medalist, Lomachenko suffered a high-profile loss to Teofimo Lopez in October 2020. He underwent surgery on a torn rotator cuff shortly after the loss and ultimately bounced back with consecutive wins over Masayoshi Nakatani and Richard Commey.

Lomachenko is one of several active and retired combat sports athletes to have joined Ukrainian military forces during the war. Hall of Fame heavyweight boxers Vitali Klitschko, who is also the mayor of Ukraine’s capital, Kyiv, and his brother Wladimir Klitschko, have been active in the country’s resistance to the Russian invasion.

Heavyweight champion Oleksandr Usyk also joined a defense battalion in February. He is scheduled to defend his WBA, IBF and WBO titles in a rematch against Anthony Joshua in August, after which he has already stated he will return to Ukraine.

Bellator MMA welterweight champion Yaroslav Amosov, of Irpin, Ukraine, withdrew from a scheduled title defense in May in favor of helping defend Ukraine. The 28-year-old has not yet booked his next fight.

Santa Cruz vs Wood title consolidation back in play after Vargas and Lara fights fall through
Eubank Jr: Huge Amount Of Pressure On Me; If I Lose This Fight, I Retire
Bridges to make first title defense vs. O’Connell
Luis Nery Now Faces David Carmona On October 1 in Tijuana; Eyes Title Fight With Stephen Fulton
Eubank vs Benn, more: Boxing TV and streaming schedule for Oct. 6-8