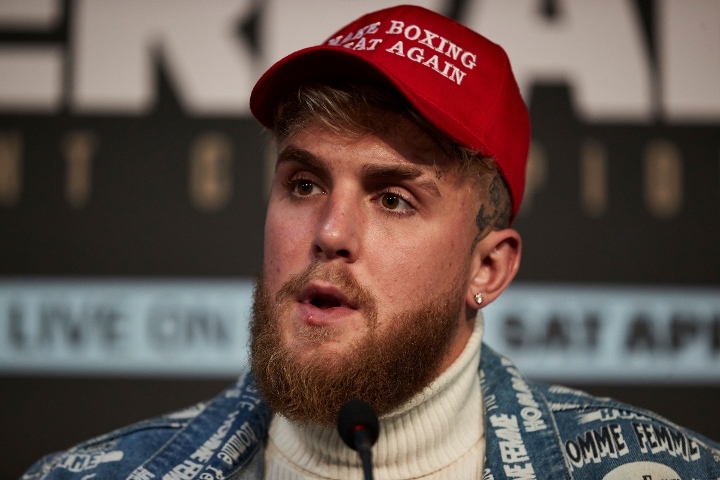 Youtube star turned boxer, Jake Paul, has made good on his deadline threat by dropping Tommy Fury from a scheduled fight – which is a month away, on August 6th in New York’s Madison Square Garden. Showtime Pay-Per-View will carry the event.

Last week, Fury was denied entry into the United States, which forced the cancellation of a press conference to officially announce the pay-per-view fight with Paul.

Earlier this week, Paul (5-0, 4 KOs) gave Fury until Wednesday to sort the matter out or their fight would be canceled.

“Fury’s received a termination notice. Second time in a row he has pulled out. MVP [Most Valuable Promotions] did everything it could to help him and team. He wasn’t interested and he literally went into hiding,” said Paul. “Second time in a row I’m going to step up and take on a new opponent on short notice.”

The exact reason for Fury’s visa issue has yet to be determined – but his older brother, WBC heavyweight champion Tyson Fury, is also precluded from entering the United States, which is due to Tyson’s past business relationship with alleged drug cartel leader Daniel Kinahan.

Tommy Fury still believes a fight with Paul can happen in the future.

“I’m gutted and disappointed in regards to the issues I have faced with entry into the USA,” Tommy Fury said.

“This is something that myself or my team could never have anticipated happening. This situation has been left with my lawyers as being denied entry into a country is obviously a very serious issue and it needs to be subsequently resolved.

“I am confident this fight will happen when this issue gets resolved and we come to a solution. I want to clarify that I will fight in a neutral country that both parties can enter. This can be any time, any place, any where.”

Paul and Fury were initially scheduled to collide last December, but Fury withdrew with a rib injury. Paul, on late notice, accepted a rematch with former UFC champion Tyron Woodley – who Paul brutally knocked out with one punch.

According to several reports, the potential August replacement is one of Paul’s former sparring partners – Hasim Rahman Jr. – the son of son of former heavyweight champion Hasim Rahman.

Rahman Jr, 31-years-old, has a pro record of 12-1 with 6 knockouts. He suffered his first career defeat back in April when he was knocked out by James Morrison. Rahman had won every round on the official cards when Morrison stopped him in the fifth.