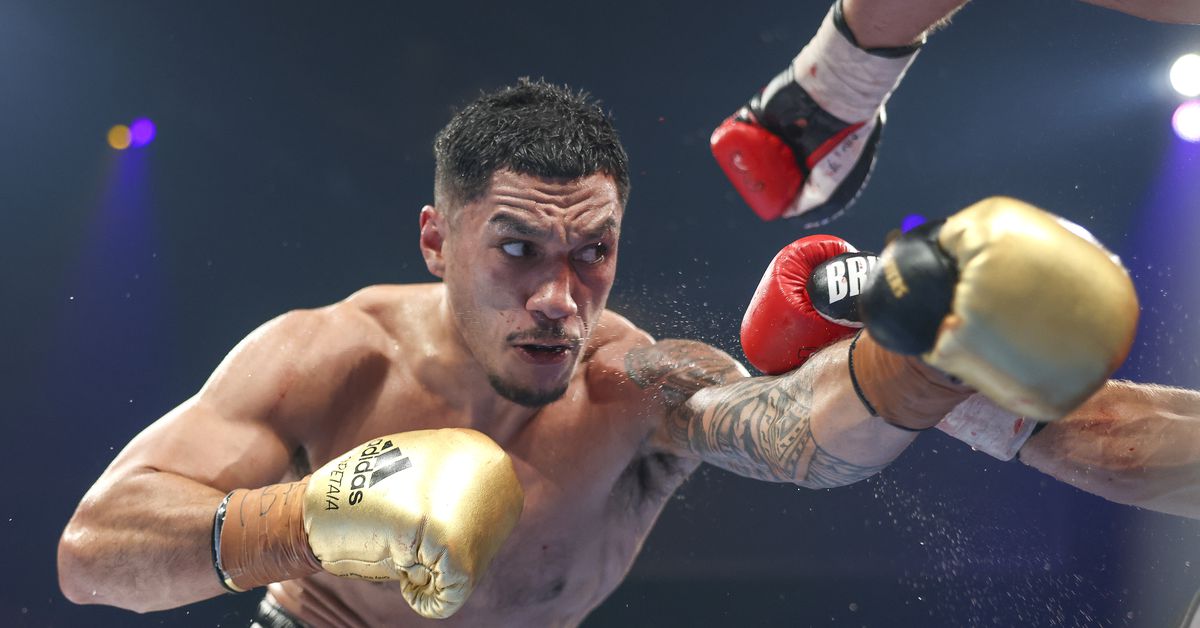 Rankings go up on Mondays.

Notes: Joe Joyce returned and won easily on the weekend, though he had the usual Joe Joyce performance that leads me to believe that he goes exactly as far as his cement head and his stamina/output will take him.

I love the way Joyce fights, to be clear; I really enjoy watching him and I think that cement head and stamina/output are two really damn good things to have. But Christian Hammer cracked him with some clean shots. What happens if that’s Wilder or Joshua? What happens if it’s Luis Ortiz or Dillian Whyte or even a Martin Bakole? Hammer can punch a lot, he’s not feather-fisted, but I think those guys are all bigger punchers and more stylistically challenging, perhaps.

That said, Joyce is a really intriguing guy, and his presence is very welcome. I wish he’d gotten to fight Joseph Parker, who might have been able to win some rounds, but my feeling is Joyce eventually wears him out. And I think that could happen to a lot of guys. The only heavyweight I see as clearly “too much” for Joyce is Tyson Fury, who also has a great gas tank, is taller and longer, and knows how to use his advantages. Wilder or AJ could crack him early, but what if they don’t? Usyk or even an on-point Ruiz could give him fits with their speed and boxing skills, but what if he gets on top of them with that “throw and hit something, anything” offense, where he’s imposing his will even without landing super clean?

The plan is for Joe to return on Sept. 24. At the moment, I wouldn’t expect much; promoter Frank Warren is hoping for Joyce to get a mandatory order for the Usyk vs Joshua 2 winner, so it’ll be more about keeping Joe from accumulating rust, most likely. Maybe someone like Carlos Takam or Jonathan Guidry get a call, maybe someone slightly but not terribly more compelling. We’ll see.

Notes: We weren’t going to do a rankings update this week originally, instead waiting to combine two weeks for a July 11 update, but Jai Opetaia’s upset of Mairis Briedis made it kind of a necessity. I’ve got a new No. 1 at the weight; generally I might not throw a guy in at No. 1 from outside the top 10 like that, but I think Opetaia fully earned it, combined with nobody else — Okolie, basically, others aren’t really in the discussion — having done enough more than Opetaia now to secure the spot for themselves.

I’ll get way deeper into Briedis and whatnot on the Tuesday podcast, but while this was a huge upset to boxing fans, it seems, the odds really weren’t that wide. Briedis was a -210 favorite at DraftKings Sportsbook, with Opetaia at +165. There was plenty of suspicion out there that this was a possible outcome. The Rodriguez vs Rungvisai fight that had many excited a week before had far wider odds. Turns out the oddsmakers had both fights more in line with reality than a lot of fans did. That doesn’t always happen and I’m not trying to make a smug point or anything, but just pointing it out in this case.

Opetaia vs Okolie would be a great fight to make, but I don’t know that we see it.

Notes: Kosei Tanaka won last week in Japan, stopping Masayoshi Hashizume in five. Tanaka might well beat, like, half the guys on this list, but this is a crazy strong division still. There aren’t many back halves of top 10s in the sport right now with five fighters as good as the back half here, and perhaps none that boast a top four as strong as this one.

Notes: No changes. I know someone won a fight in impressive fashion this week but everyone can’t be in the top 10.

Lipinets steps in as Broner’s replacement, will face Figueroa on Aug. 20
Arum talks Lopez’s return, open to negotiating future fight with Ryan Garcia
Dana White Not Interested In Reconciling With De La Hoya: ‘That Guy Did Way Too Much Damage’
Adrien Broner, Tyson Fury, Danny Garcia, And Boxing In The Age Of Emotional Honesty
Sulaiman Explains Why WBC Charges 3% Fees To Its Titlists: ‘Everything Goes Back To Boxing’