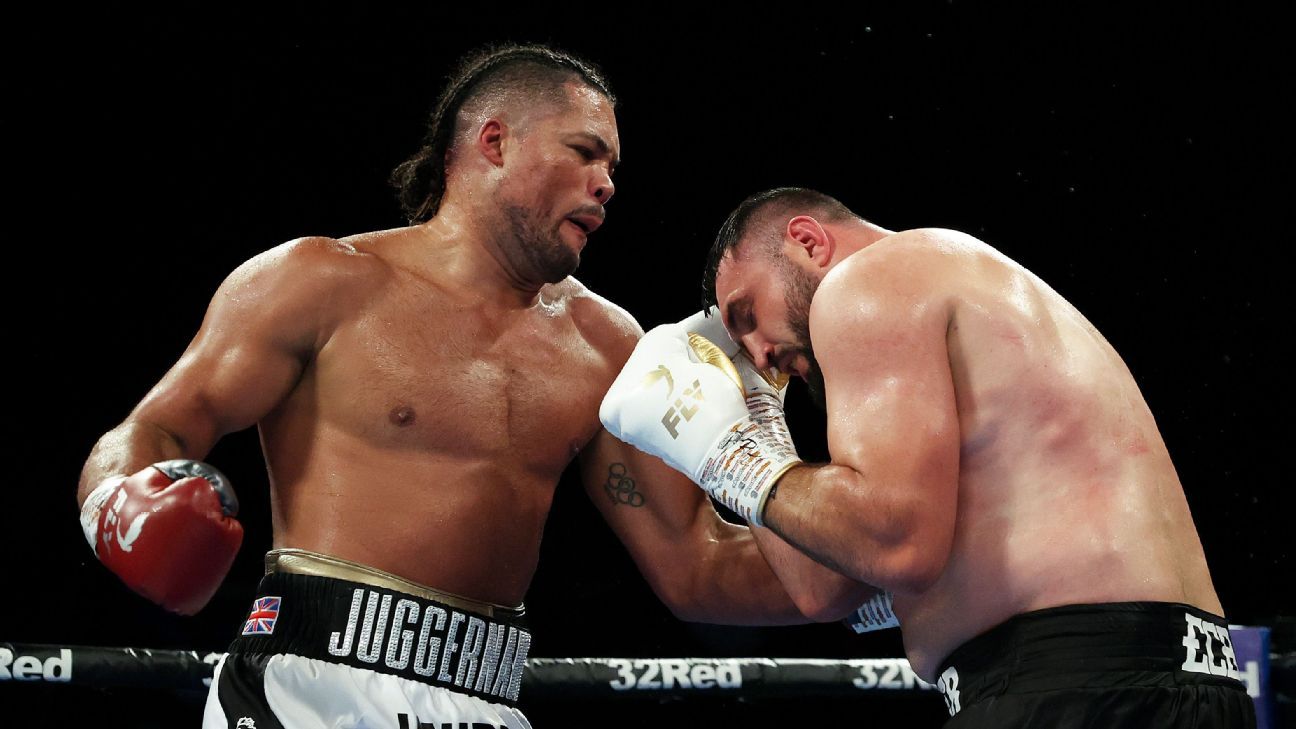 If you were wondering who is going to be the next serious heavyweight contender, then check out how Joe Joyce dealt with Christian Hammer in four rounds Saturday night at Wembley Arena in London.

Joyce, 36, from London, is conveniently placed to challenge for a heavyweight world title after cementing his lofty position as a top mandatory challenger with this convincing win. The silver medalist at the 2016 Olympics is ranked No. 1 with the WBO and WBC, and is a sure shot for contention later this year or in early 2023.

However, Joyce’s next move is undetermined as WBC heavyweight champion Tyson Fury, from England, insists he is retired (yet has not given up the belt) and WBA, IBF and WBO champion Oleksandr Usyk, from Ukraine, faces England’s Anthony Joshua in a rematch Aug. 20.

Joyce is lined up to fight again in September.

Joyce (14-0, 13 KOs) was caught by a right hand in the first round, but got into his rhythm in the third and scored a knockdown of Hammer at the end of that round. He continued to dominate in the fourth and he confirmed his class by stopping Hammer (27-10, 17 KOs), from Germany, with a body shot.

Bulked Up Oleksandr Usyk: “I Am A Bit Heavier Than I Was Last Time”
Oleksandr Usyk and Anthony Joshua’s 10 best wins
DAZN To Broadcast Usyk-Joshua 2 In North America
Jeo Santisima Stops Hiroshige Osawa in Five Rounds in Osaka, Japan
Chris Eubank Jr: ‘I Am Finished If I Let Conor Benn Beat Me’