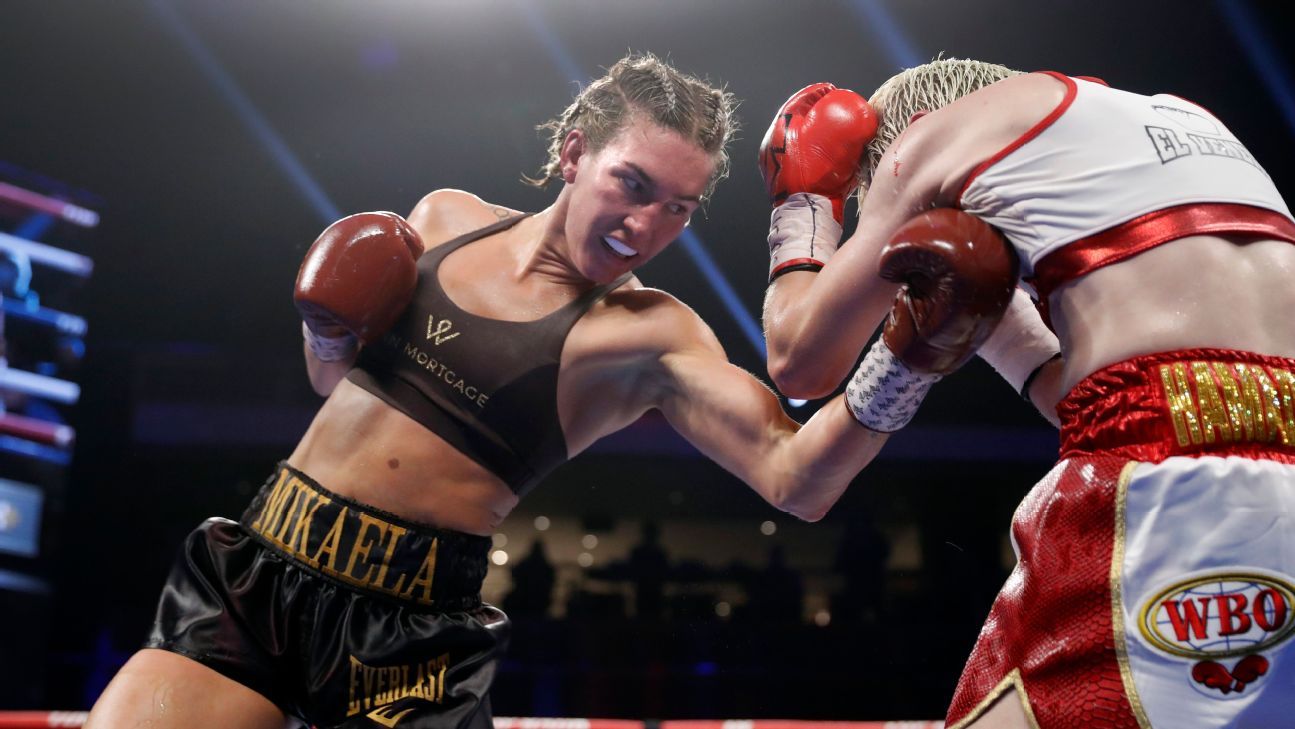 The Mikaela Mayer-Alycia Baumgardner title unification fight at 130 pounds will take place on the Claressa Shields-Savannah Marshall card at O2 Arena in London on Sept. 10, a source told ESPN.

Mayer, the WBO and IBF champion, and Baumgardner, the WBC champion, agreed to the fight in May with a location unknown, but both fighters were open to having it take place in the United Kingdom, where Baumgardner’s promoter, Matchroom, is based and where Mayer has continued to grow a following thanks to her commentary work with Sky Sports.

Both fighters are making the biggest paydays of their careers for the fight, which will be broadcast on the ESPN family of networks as well as Sky Sports.

“To me, my biggest thing, women are now on the forefront, like, this is a huge time for women’s boxing,” Mayer told ESPN in May. “And I want to change the narrative. I want to be, I want us women to be the ones who give the fans the fights that they want and deserve.

Putting Shields-Marshall and Mayer-Baumgardner on the same card is another way the sport is able to accentuate that, building off what Katie Taylor and Amanda Serrano did in April by selling out Madison Square Garden for Taylor’s split decision win over Serrano for the undisputed lightweight title.

Mayer (17-0, 5 KO) and Baumgardner (12-1, 7 KO) have been going back and forth on social media for over six months wanting to get in the ring with each other. Baumgardner and Mayer had come close to fighting in the past — before Baumgardner won her title in November, 2021 by knocking out Terri Harper — but it had not been able to come to fruition. Now, Baumgardner said in May, it “aligned the way it was supposed to be this time.”

The two will fight to hold all but one belt in the division. Hyun Mi Choi, the WBA champion, last fought in September 2021, knocking out Simone Aparecida da Silva in the ninth round.

More than a fight: What Oleksandr Usyk can’t say
George Groves on fighting in Saudi Arabia
Eddie Hearn On Oleksandr Usyk: “You Let This Guy Get Into His Rhythm, He Could Be Unbeatable.”
Eubank Expects To Be Only At 60% Strength Against Benn: ‘If I’m 100% It’s a Public Execution’
Joshua On Ring Title, Other Belts At Stake This Weekend: Don’t Mean Sh!t, None Of Them Do