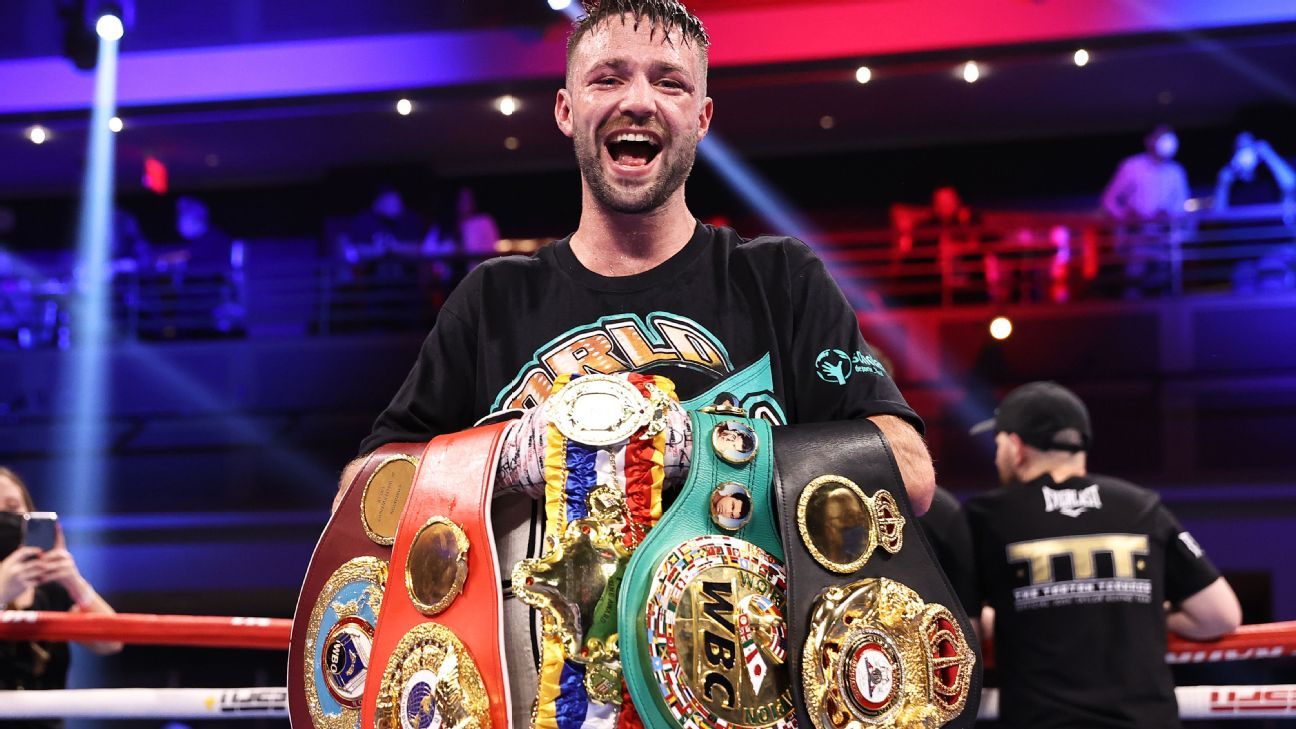 Junior welterweight Josh Taylor has opted to give up one of his titles.

The unified 140-pound champion relinquished his WBC belt ahead of a scheduled purse bid on Friday afternoon for a matchup against Jose Zepeda, the WBC announced. The sanctioning body had ordered the purse bid for the fight between two fighters promoted by Top Rank. Zepeda (35-2, 27 KOs) is the WBC’s top contender for its junior welterweight belt.

“The WBC truly regrets having lost so much time and having mandatory contender Jose Zepeda frozen as well as other fighters in the division,” the sanctioning body said in a statement. “We wish Josh Taylor success in his future inside and outside the ring.

Taylor (19-0, 13 KOs) made his mark on the division last year when he beat Jose Ramirez to become the undisputed champion. He followed that with a controversial, split-decision win over Jack Catterall, who was the mandatory challenger for Taylor’s WBO belt. Taylor, who also held the WBA title before being stripped in May for turning down a mandatory defense against Alberto Puello, dropped to No. 2 in ESPN’s divisional rankings following the polarizing decision in Taylor’s native Scotland.

In June, Taylor said a Catterall rematch was next for him until the WBC ordered the purse bid for Taylor to face Zepeda.

Now that Taylor no longer holds the WBC belt, he can move forward with a potential matchup against Catterall, which is why he is reportedly staying in the junior welterweight division.

“Because of all the stick and abuse I’ve been getting, and the way Jack’s been too, mouthing off and moaning, I just want to shut his mouth,” Taylor told the Irish newspaper The National in June.

The WBC ordered Zepeda to face Ramirez (27-1, 17 KOs) for the vacant belt. Ramirez is ranked No. 2 in the WBC’s junior welterweight rankings. That will be a rematch of a fight from three years ago. Ramirez successfully defended the WBC’s 140-pound title in a somewhat controversial majority decision over Zepeda.