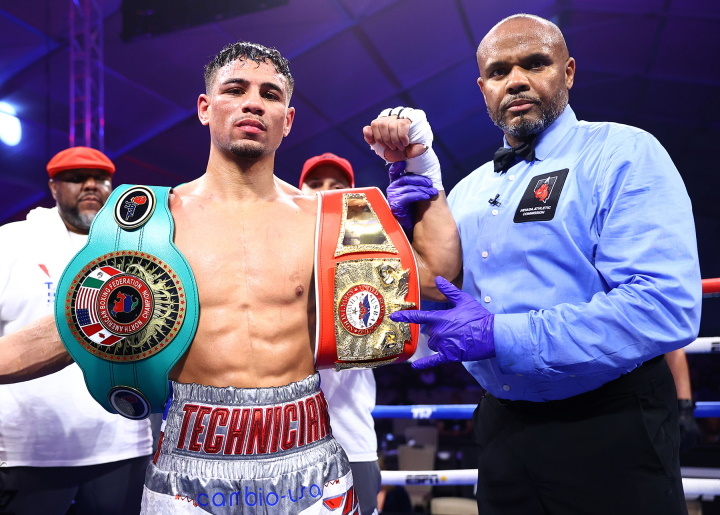 Ortiz (16-0-1, 8 KOs), from Worcester, Massachusetts, entered the fight as the betting favorite, but , he and Herring (23-4, 11 KOs) fought on mostly even terms in the early going. They clashed heads on multiple occasions, but as the fight wore on, it was Ortiz who was quicker on the trigger. From the seventh round on, it was all Ortiz, who won the final four rounds on all three scorecards to secure the career-defining victory.

“I still got a lot of work to do. I’m just growing and going at the pace I’m going. I gotta learn quick. I gotta pick things up a little bit. I’m not afraid of challenges, and I’m here to prove I’m the best to myself, not anyone else,” Ortiz said.

“I feel like I could’ve done a lot better, a lot cleaner {of a} performance. I’m hard on myself. I’m always going to be hard on myself. Much respect to a former world champion. That was an achievement I wanted to do in my career.”

Ortiz may now move up to junior welterweight unless a big fight comes along at 135.

Herring, who lost his world title in a one-sided stoppage loss to Shakur Stevenson last October, indicated this fight would likely be his last.

“He was just quicker on the trigger. He had a better output. I wasn’t tired or anything. He just beat me to the draw. I have to think about it, but tonight, I don’t think I am where I need to be. Jamaine was just the better man. Maybe this is it,” Herring said.

Ryan Garcia: I Can’t Pick A Matthew Hatton To Become World Champ Like Canelo Did
Joyce keeps WBO mandatory status with TKO win
Jose Valenzuela Expects a Challenge From Corrales, Aims To Make a Statement
BN Verdict: How do you solve a problem like the Juggernaut?
(GGG trainer) Banks: DEFENSE is the Key! vs Canelo 3 & Strategic Breakdown of Mentality for Fight!