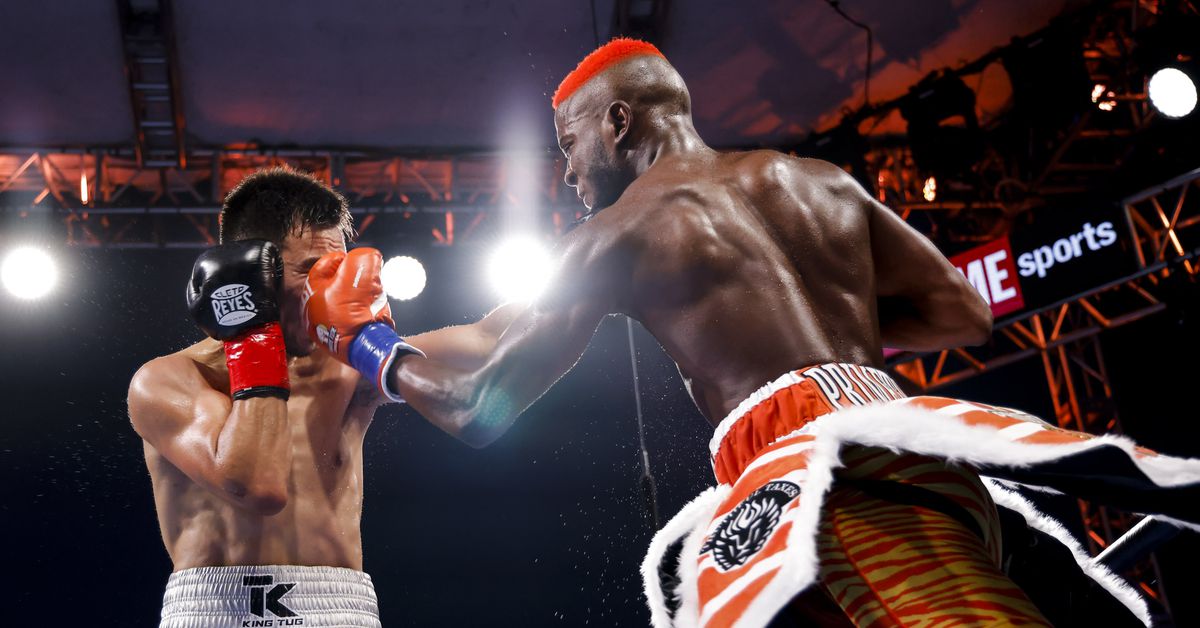 Chris Colbert took a short-notice challenge from Tugstsgot Nyambayar and came away with a solid win tonight on Showtime, out-pointing the 2012 Olympic silver medalist to win a clear decision.

Colbert, 24, was originally meant to fight faded Yuriorkis Gamboa, who pulled out late with a rib injury. Featherweight contender Nyambayar (12-2, 9 KO) agreed to step up to 130 lbs and take the fight on short notice, and gave a good effort, but had trouble with the taller, longer, faster, and sharper Colbert.

Nyambayar, 29, had moments in the fight, and appeared to rock Colbert just a bit in the third round, but Colbert fought smart as he usually does, figured out what the key advantages were, and then used them, including a sharp, fast jab that at times dominated the fight.

Colbert did coast a bit down the end, but it was hard to blame him. Nyambayar’s only shot at that point was capitalizing on a big mistake from Colbert, and Colbert didn’t put himself in position to make one. He also still won the rounds, as Nyambayar just didn’t have the skill set or size to do consistent work for much of the fight.

“This was a hell of a fight, especially for someone coming off a week-and-a-half training camp. He did a hell of a job and did the best he can. I salute him and take my hat off to him, and wish him nothing but the best in his career,” Colbert said.

“For a 126-pounder, he carried power,” Colbert continued. “We had a tremendous training camp and sparred with Michel Rivera a lot, he’s a much bigger guy, stronger guy. I was using my speed, using my jab. I’m very slippery, and it’s not that easy to hit me. If you catch me with a good one, you’re lucky.”

Colbert has big plans at 130, and is hoping to be in a title fight next. He has the interim WBA belt, and the “super world” title is held by Gervonta Davis, who may not fight at the weight again.

“I’m number one (ranked) by the WBA. Al Haymon, you know what to do. It’s my time,” he said, and said he hopes to be back before the end of the year.

Turned out to be a really good fight, with Rivera winning the WBA lightweight eliminator, coming off the canvas himself.

Rivera (21-0, 14 KO) was down in the sixth round, and he was hurt, had to hold on for a bit after. It was a 50/50 fight, really, with both having very good moments, and then Rivera ended it with a vicious right hand at 44 seconds of the eighth round.

“He hits hard, he doesn’t have the skill that I have,” Rivera said. “I was trying to go past the sixth round, because he would be tired. But he has the power, I know he has power, but I have power, too. My coach said that the right hand would work, and it did. I am the reincarnation of Muhammad Ali.”

Rivera said he’s ready to fight anyone at 135, including Teofimo Lopez and Ryan Garcia.

Richardson Hitchins Inks Promotional Pact With Eddie Hearn
Media Review: Floyd Mayweather, now 45, is still the boxer making all the headlines
Panel: How will Joe Joyce fare against the very best heavyweights in the world?
Devin Haney On Being Avoided: “They Still Don’t Want To Fight Me”
Inside Fred Brophy’s Boxing Troupe: the last remaining boxing tent in the world