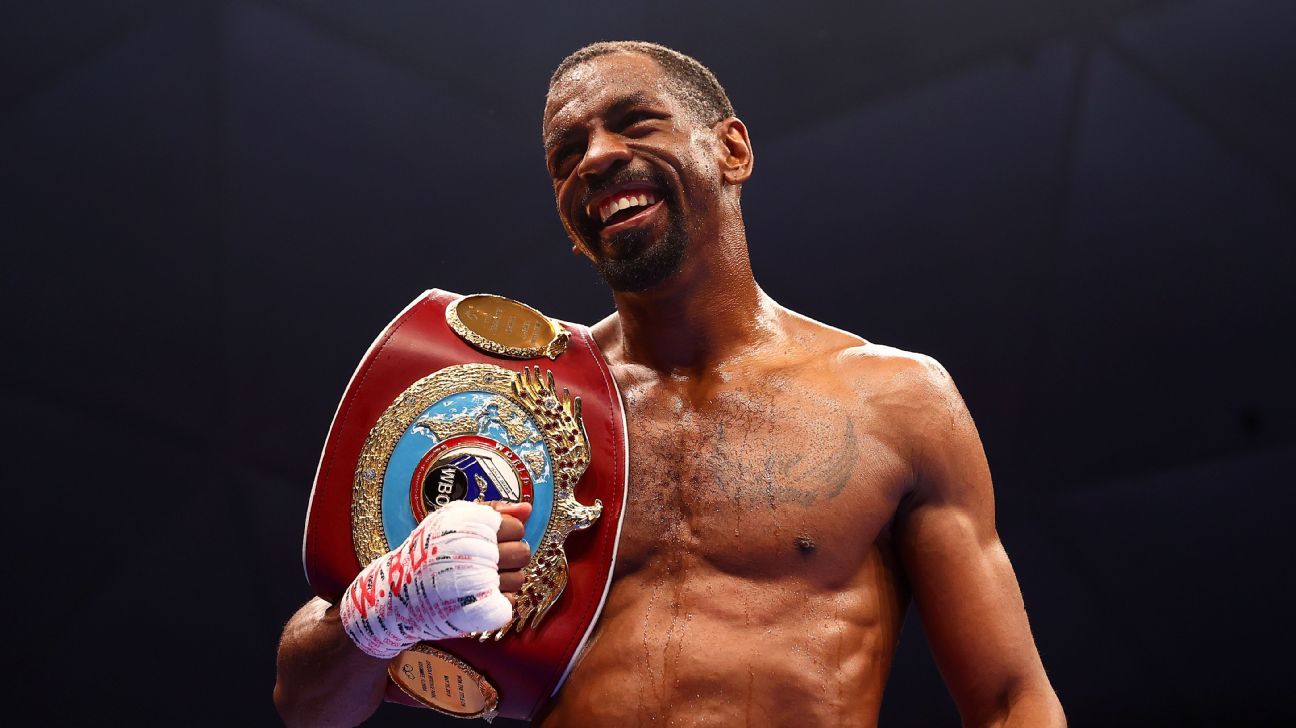 Jamel Herring and Shakur Stevenson are in advanced talks for a 130-pound title fight that would be staged in the fourth quarter of 2021 on ESPN/ESPN+, both boxers told ESPN.

One possible location for the bout is Atlanta, where Gervonta Davis has proved to be a box-office draw.

“You can hear it in my voice, I’m not really stressing about this fight,” Herring, 35, told ESPN. “I know people said I would avoid the fight because I wanted to fight Oscar Valdez. I just felt in my heart a fight with Oscar Valdez is bigger for my career.

“It would have been a unification and for the lineal title, so why would I not push for that fight? If I have to go through Shakur to get this fight, so be it. He’s a superb boxer, but I’ve been through worse.”

The U.S. Marine was deployed for two tours in Iraq before embarking on a boxing career, competing as a 135-pounder. He suffered two losses before linking up with Top Rank, where he was rebuilt and went on to defeat Masayuki Ito for a 130-pound title. The southpaw scored victories over Lamont Roach and Jonathan Oquendo before knocking out Frampton for the biggest win of his career.

Stevenson, though, would present a far different challenge. The 2016 Olympic silver medalist, also a southpaw, is a tricky boxer with excellent movement and defensive skills. He’s among the hardest fighters to hit, per CompuBox, but that style has also led to plenty of criticism from media and fans alike.

Although he has proved to be on a different level than every opponent he has faced, Stevenson’s opposition hasn’t been formidable. Since he stopped Joet Gonzalez for a 126-pound title in October 2019, he has defeated three consecutive opponents outside ESPN’s top-10 rankings at 130 pounds, including a unanimous-decision win over Jeremia Nakathila on June 12.

“We got awkward opponents with real good punching power; it’s not always easy to shine,” Stevenson (16-0, 8 KOs) told ESPN. “I ain’t the only one that went through this. I go back and look at old Floyd Mayweather fights. … [HBO commentators] Emanuel Steward and Larry Merchant, they’re saying Floyd Mayweather, ‘He’s not that good. He’s a very, very boring fighter.’

“I go fight Jamel Herring next and go beat him and then go beat Oscar Valdez. They’ll be saying I’m the best young fighter and put me on the pound-for-pound list.”

Stevenson acknowledges he “could have done more and better” in his fight against Nakathila, but said, “It’s about adjustments. We still got the win, we won every round.”

Against Stevenson, Herring would again be viewed as the underdog. He’s nine years older than Stevenson and doesn’t possess his probable future foe’s amateur credentials.

What Herring does boast is experience against better opposition.

“I told him that when I saw him in Colorado, that when the fight happens I know it will be his toughest fight,” Herring said. “I said it to his face: ‘I’m going to be your biggest fight, your biggest test.’

“I’ve been in there with better guys than he’s fought by far.”

“I don’t know what they were thinking when [Stevenson] went to train with my team and they didn’t think my team would pick things from their training camp and not use it against him,” Herring said.

“You would never see me go to Houston and go train at [Stevenson’s manager] James Prince’s camp,” Herring said. “I love [Stevenson assistant trainer] Kay [Karoma] and them, but if I know I’m on the road path and [Stevenson is] possibly next, why would I work out where you’re picking up my traits and habits?”

Oleksandr Gvozdyk Preparing For Comeback
The 10 best wins of Chris Eubank Jnr and Conor Benn
WATCH: Eubank vs Benn – ‘Make The Days Count’
Lucas Ketelle: “I’m Inspired By People Who Make A Path For Themselves”
Edwards to defend flyweight title vs. Alvarado