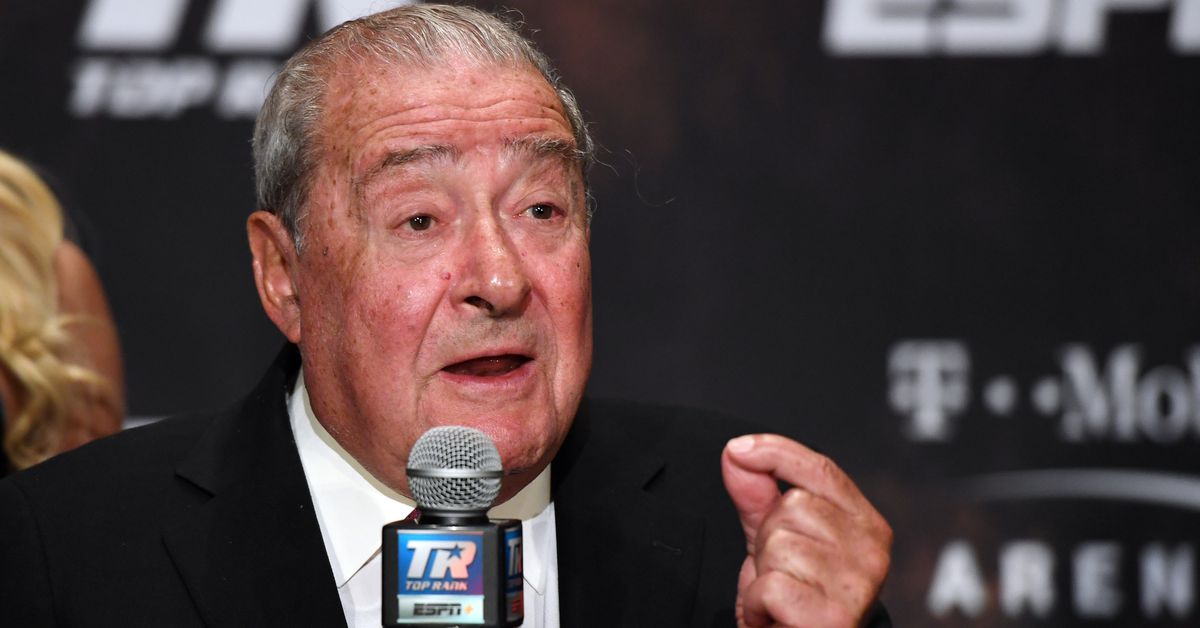 It’s abundantly clear that the big undisputed heavyweight title unification between Anthony Joshua and Tyson Fury won’t be coming off next — that much we know — but Top Rank promoter Bob Arum tells Sky Sports that the fight could still happen in the future as he says there were absolutely no breakdowns in those negotiations before an arbitration judge ordered Fury to rematch Deontay Wilder.

To that end Arum continues to claim that a Fury-Wilder 3 fight would’ve never been ordered in the first place had Joshua and Fury solidified a contract when they had the chance.

“The fight couldn’t be finalized for Saudi Arabia and then the arbitrator in the Wilder situation felt that he could, if he decided the case for Wilder, enjoin Fury from fighting anybody else other than Wilder. But if the contract had been signed, he never would have done it. He might have given Wilder some damages, but he would not have stopped the fight. But again, there was no signed contract for that fight. That’s what happened. It’s as plain and as simple as that.”

With Fury-Joshua now officially on the backburner, for the time being Arum believes there could be a future opportunity for the two square off at a better preferred location, particularly in the UK at Wembley or Principality Stadium.

Of course that naturally assumes that both Fury and Joshua get past their next fights intact, which is certainly no guarantee..