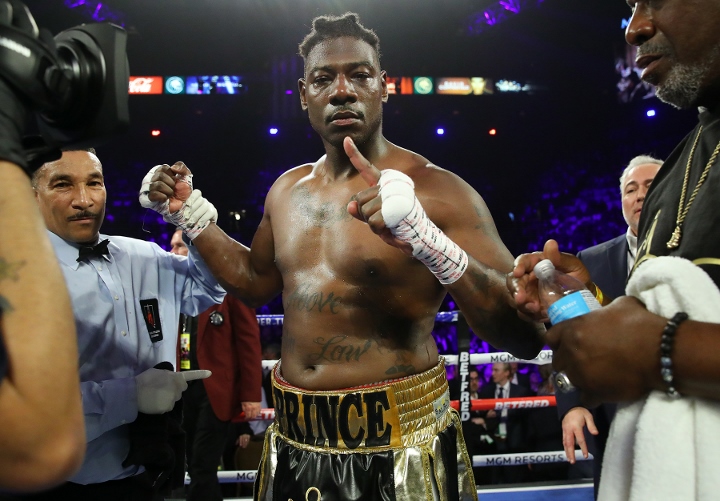 Sky Sports recently reported that unbeaten prospect Jermaine Franklin was under heavy consideration to face Whyte on a card being planned by Matchroom’s Eddie Hearn – with the event taking place on U.S. soil.

Martin has been rebuilding his career since losing his IBF title to Anthony Joshua in 2016.

He believes that a knockout win over Whyte, who has the WBC’s interim-title, will help position him for a world title shot in the near future.

“Joshua never fought the real me. Taking that fight when I was hurt and unprepared is the biggest mistake of my life, but it’s a mistake I’m gonna correct before I retire. It’s the only reason I’m still fighting,” Martin told Sky Sports.

“Knocking out Dillian Whyte would put me one step closer to Joshua. Fury vs. Wilder III is happening and then maybe a couple of fights between that winner and Joshua, so while I’m waiting I want to fight the best available, and I want to welcome Dillian Whyte to the United States with another knockout loss. Whyte is an easy fight. He takes too many clean punches.”

Last February, as part of the Wilder-Fury undercard in Las Vegas, Martin scored a knockout win over Gerald Washington.

Whyte was in action earlier this year, when he avenged a knockout loss to Alexander Povetkin.

According to Martin, Whyte’s promoter is not interested in making a deal.

Martin views the contest as an ‘easy fight’ and expects nothing less than a knockout victory if they meet in the ring.

“Unfortunately, Eddie Hearn don’t want nothing to do with me beating his man,” said Martin.

“Whyte said he wanted an easy fight after getting his clock cleaned by Povetkin. I guess he don’t want to get get his clock cleaned again if he fights me. I’m going to get back in the ring soon. We have something lined up, but once I heard Whyte was coming to the US, I can’t resist wanting to make that fight. Whyte ain’t sh!t. That fight would be a piece of cake for me in the US.

“I’ve got a great home with PBC and Al Haymon has been the best thing to happen to my career. The pandemic slowed us down a little but with my manager Mike Borao we are getting back on course and will end 2021 on a high note.”