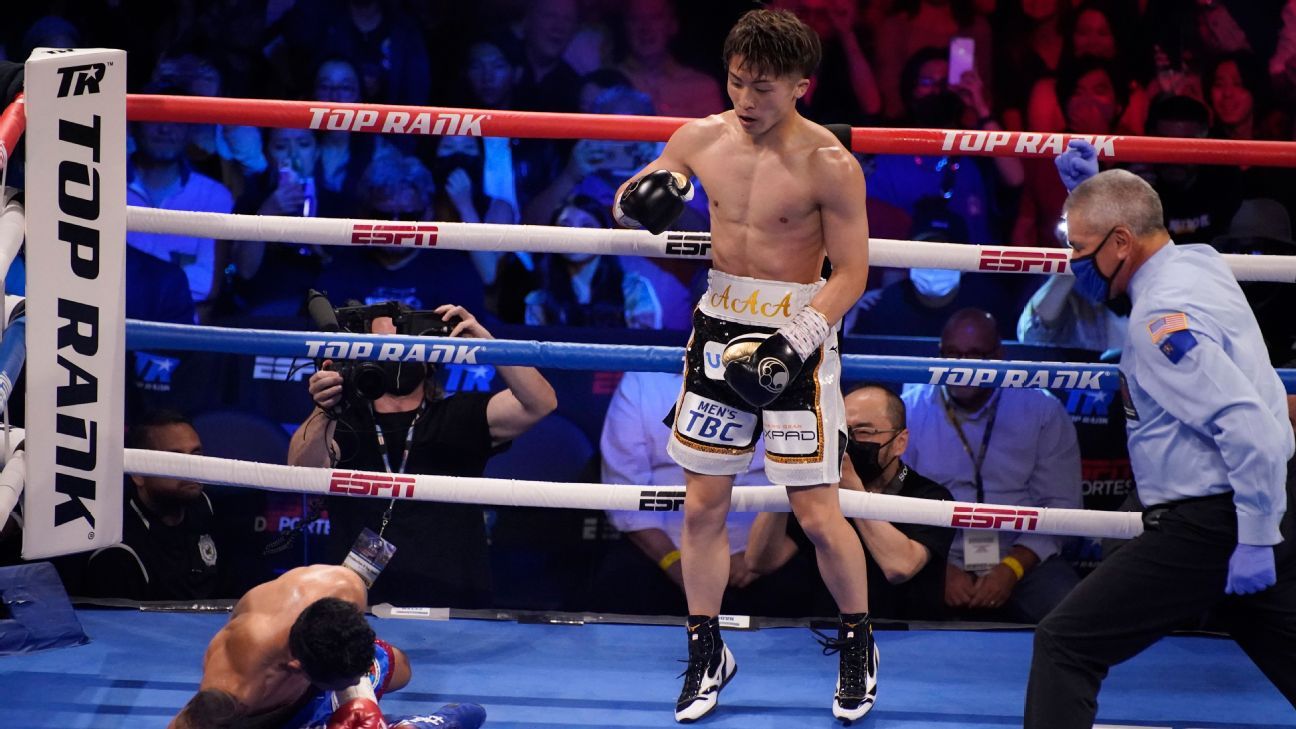 LAS VEGAS — Naoya Inoue stepped back for a split-second in the third round, extending his arms out wide almost as if to wonder what else might be coming.

To that point, Michael Dasmarinas hadn’t shown or done much inside the ring. Inoue had been dominant, already knocking him down once in the second round — and almost again moments later. It was clear Inoue, nicknamed “The Monster,” was showing all of his capabilities.

It wasn’t long after Inoue’s hand asked the question that he landed a body shot to knock down Dasmarinas in the third round. Then he landed another to knock him down a second time in the round and a third time in the fight. The last one caused the official to wave off the bout — a third-round knockout for one of the pound-for-pound best fighters in the world to retain his WBA and IBF bantamweight titles.

“I prepare myself to knock them out, whether with a head shot or a body shot,” Inoue said. “I came prepared and to get a win by knockout is good for me.”

It was a dominant performance from the start for Inoue (21-0, 18 KO), who chased Dasmarinas (30-3-1, 20 KO) around the ring, using half of the first round to size up his opponent before landing punch-after-punch. Inoue almost got him in the first round, too, turning Dasmarinas around, but it was a punch that didn’t quite connect.

After it was all over, Inoue raised his fist to the crowd and those who remained in the audience gave him yet another cheer.

After each knockdown, Dasmarinas clutched his sides because it was there — not his head — that Inoue continued to do the most damage. Inoue has long shown he is one of the best fighters in the world and while Dasmarinas wasn’t a headline opponent, it was still a title defense — one the Zarna, Japan, native handled with ease.

“The first round, I just wanted to see what he had,” Inoue said. “It depended on how he came out, and after a little while, yeah, I thought I could get him out.”

It reached the point where Dasmarinas barely landed any punches in the final two rounds of the fight. The onslaught just kept coming at the Philippines native, one he couldn’t stop and his body couldn’t contain for all too long, giving Inoue another highlight and another win.