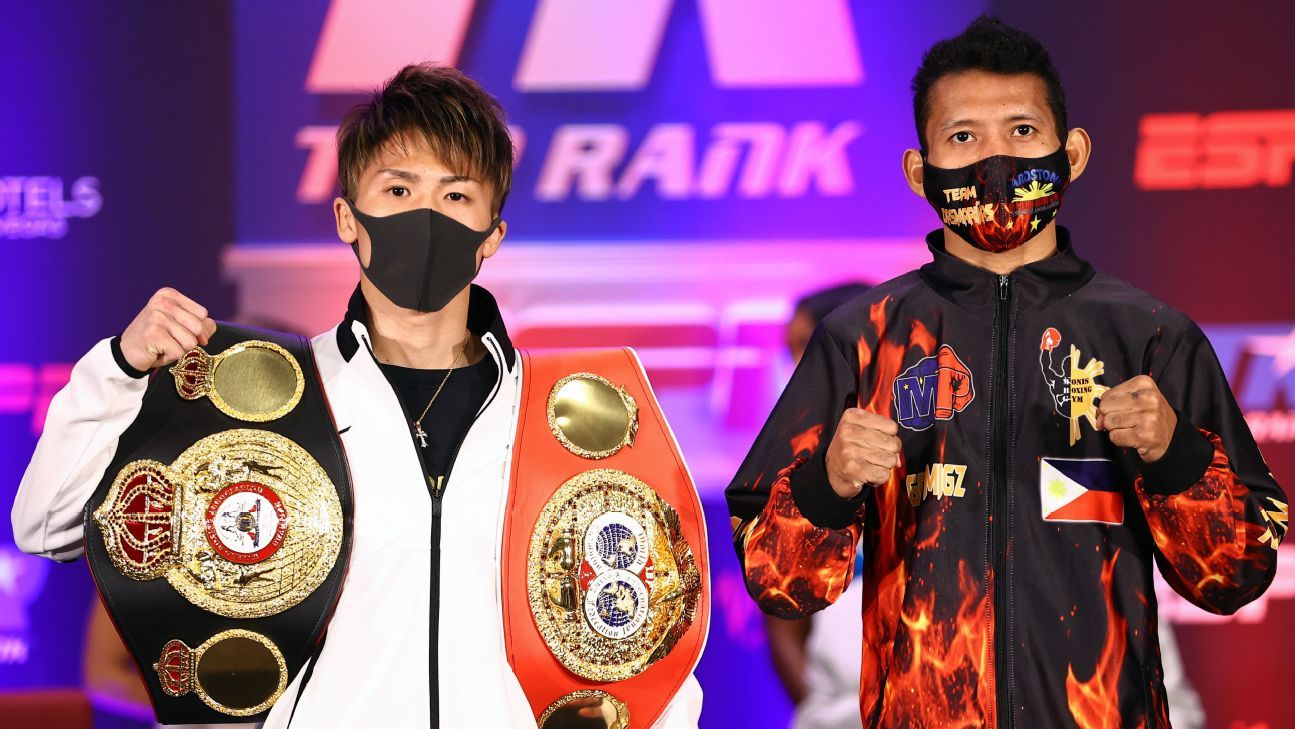 Japanese boxer Inoue (20-0, 17 KOs), 28, is one of the best pound-for-pound fighters in the world, ranked No. 3 by ESPN. He defeated future Hall of Famer Nonito Donaire to win the Muhammad Ali trophy in the World Boxing Super Series bantamweight final in 2019.

Dasmarinas (30-2-1, 20 KOs), a 29-year-old southpaw from the Philippines, doesn’t have many big names on his record, but he is 12-0-1 since losing a split decision against Lwandile Sityatha in December 2014.

At the Toyota Center in Houston, Jermall Charlo puts his WBC middleweight world title on the line against Juan Macias Montiel in the main event of a PBC card (Showtime, 9 p.m. ET).

Charlo (31-0, 22 KOs), 31, of Houston, is considered one of the best middleweights in boxing but is still waiting to face the big names at 160 pounds. Charlo defeated Sergiy Derevyanchenko by unanimous decision in September, his fourth successful title defense since winning the belt with a second-round KO of Hugo Centeno Jr. in April 2018.

At Estadio Jalisco in Guadalajara, Mexico, former UFC champion and legend Anderson Silva, 1-1, 1 KO in boxing, 46, of Sao Paulo, gets back in the ring for the first time in 16 years to face former middleweight champion Julio Cesar Chavez Jr. (52-5-1, 34 KOs), 35, of Culiacan, Mexico, in a 10-round cruiserweight bout.

Follow live throughout the night with recaps and insights from Michael Rothstein and Ben Baby.

Gabriel Rosado defeated Bektemir Melikuziev with a KO of the year candidate in the third round. Rosado landed a right hand that dropped Melikuziev for good at 1:21 minutes of the round.