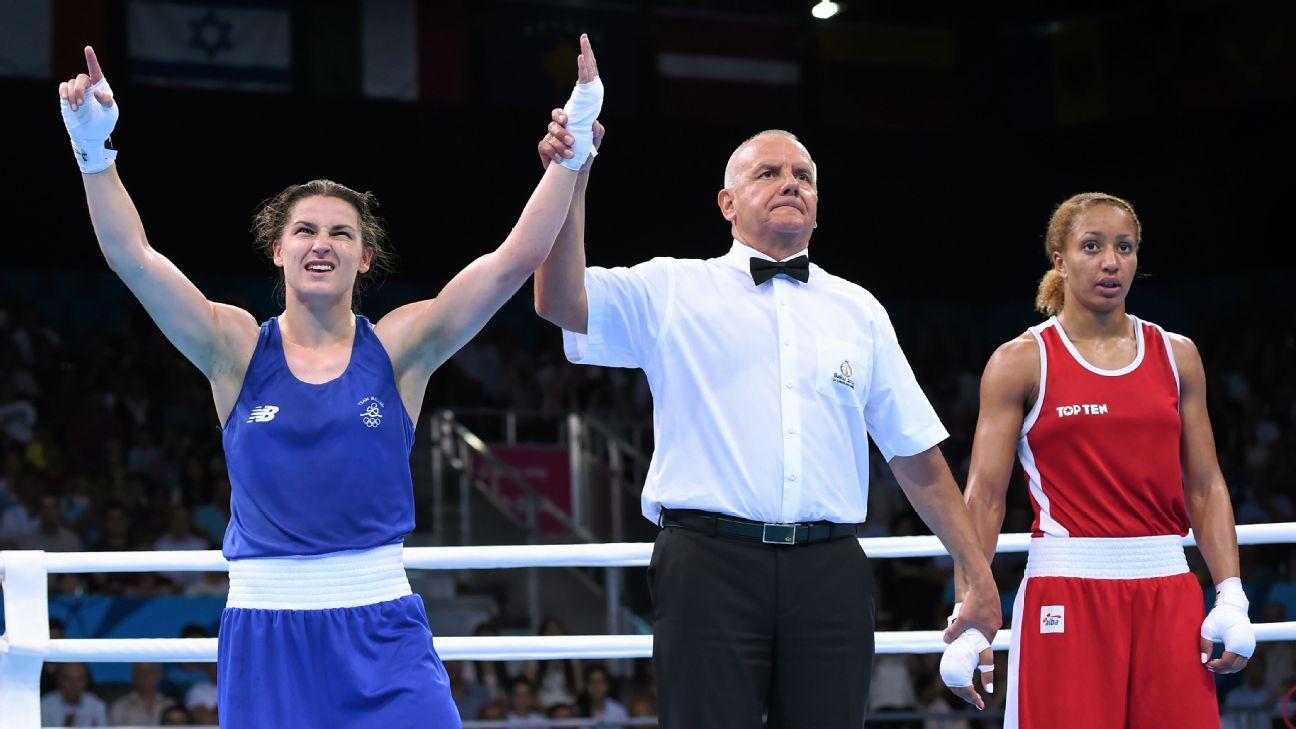 Lightweight undisputed champion Katie Taylor is in discussions with Estelle Yoka-Mossely over a potential fight, sources have told ESPN.

Taylor, who is No. 1 in ESPN’s pound-for-pound rankings, has not fought since coming away with an unanimous decision victory over Natasha Jonas on May 1.

Yoka-Mossely (9-0, 6 KOs) sent shockwaves around the boxing world when she earned a victory over Taylor at the 2016 World Championships semifinals — it was Taylor’s first defeat in 11 years.

Prior to the shock result, Taylor had won the previous three fights between the pair.

The French boxer went on to claim Olympic lightweight gold months later in Rio and has since produced some impressive displays since turning professional.

Yoka-Mossely is unbeaten in nine fights with her most recent victory coming against German Verena Kaiser in March in Nantes.

After the bout, Yoka-Mossely said she will look to compete at the 2024 Olympics in Paris and attempt to claim a second gold medal.

Arum Siding With Charlo In Possible Golovkin Showdown: “I Would Think Charlo Wins That Fight”
Joyce Wants Usyk Next, Also Calls Out Fury, Joshua, Wilder, and Whyte
Hitchins vs Alamo and Ford vs Lukas join Love vs Spark
‘No heavyweight can hold this engine!’ Ismael Salas reacts to Joyce win | Joe Joyce v Joseph Parker
Sweet D Files: When it comes to women’s boxing, male boxers should watch and learn