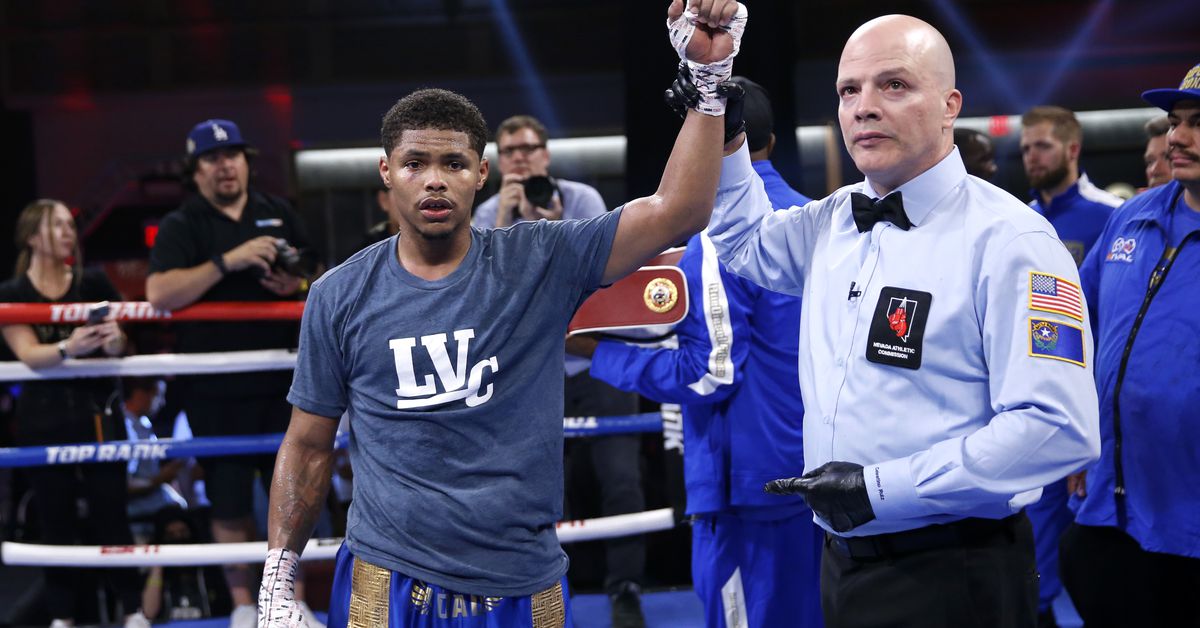 Rankings go up on Mondays at 10 am ET.

Notes: Alexander Povetkin announced his retirement from boxing over the weekend, and we already went into that, so no need to run it down again here. It left an opening at the No. 10 spot, which really Povetkin was hanging onto by a thread already; the Povetkin we saw against Dillian Whyte in March was not near the top 10 of the division, but out of respect for a long run where he’d bounced back before, I left him in that spot, aware he’d possibly retire, and that he’d also possibly lose it even before fighting again if someone else did something interesting.

I’m going with Otto Wallin. Wallin gave Tyson Fury a tougher fight than just about anyone has when they met in 2019, and while much of that was due to a cut, it’s boxing, cuts happen, and the cut came from a punch. He made Fury work a lot harder than anyone expected. You can very easily argue that almost any fight other than that one — where Fury was the much-hyped A-side, the defending champion and money fighter — would have been stopped on a cut that required a reported 47 stitches when all was said and done. If it had been, Otto Wallin would’ve been here a couple years already, even if he’d gone out and lost a rematch.

Since the Fury fight, Wallin has stopped Travis Kauffman and won a clear decision over Dominic Breazeale. Not the most incredible pair of wins in the world, but the other choices considered here were Kubrat Pulev, Luis Ortiz, Derek Chisora, and Robert Helenius. This is not exactly a list of clear elites, either, all of them veteran fighters past their peaks. I suspect many would go with Pulev or Ortiz, but who have they beaten, really? There are rising names — notably Filip Hrgovic and Tony Yoka for those seemingly relatively close to possible contention — but I went with Wallin for now.

Notes: Jose Pedraza inches up a couple spots. He’s had three straight good performances after his 140 debut loss to Jose Zepeda, and I mean, Jose Zepeda is a top four guy in this division, no worse than top five. The worry at the time was Pedraza couldn’t fight at 140. He’s proven he can, and his resume at the weight is at least as good as that of Ergashev or Catterall.

Pedraza’s wins haven’t been incredible or anything, mind you. Mikkel LesPierre, Javier Molina, and Julian Rodriguez are not top-ranked fighters. But they’re all solid wins, and if you’re only ranking fighters with sterling resumes at a weight, then prepare to have a top two or three in any given class followed by seven or eight vacant spots. Boxing just doesn’t keep it real consistent in this way. Pedraza can still fight, and if/when Josh Taylor vacates his belts later this year, could find himself with a chance to become a three-division titlist.

Notes: I’ve talked enough about Stevenson’s paint-drying win over Jeremiah Nakathila, so I’m not gonna spend time on it here, too. He does inch up a spot here to No. 5, but it’s not so much that win as just dropping Joseph Diaz Jr from the rankings.

There is no indication that Diaz is fighting at 135 just to fight. His bout on July 9 with Javier Fortuna is for the interim WBC title and a shot at Devin Haney. It’s a legit move up, so having him sit here another month when we already know what he’s going to do (unlike, say, Keith Thurman at 147) is kind of pointless. Azinga Fuzile is in at the No. 10 spot; frankly, everyone past Berchelt has question marks, and Berchelt has some, too, in that he lost his last fight and might also move up. This division has talent, but some of it is in the process of coming together, some of it might be better off at another weight (Berchelt higher, Santa Cruz lower, Farmer higher), and then there’s Tank Davis who may never fight another round at 130. It’s a messy division to rank at the moment, much like 126.

Notes: There’s a very interesting fight on the June 26 DAZN card between Daniel Matellon and Jose Argumedo that might result in the winner grabbing a spot. Argumedo is a former 105 titleholder, has fought just once since 2019 but has won four straight since a loss to Hiroto Kyoguchi (at 105) in 2017, and this will be more his official move to 108, though he’s fought three of his last four fights at that weight in non-title bouts. Matellon is a 33-year-old Cuban who’s 11-0-2, but his two draws came in his third and fourth fights, and he’s got the interim WBA title. Both were considered instead of Esteban Bermudez when Bermudez upset Carlos Canizales, and a good win for either Argumedo or Matellon could say a lot right now. This division past the No. 4 spot is pretty much wide open.