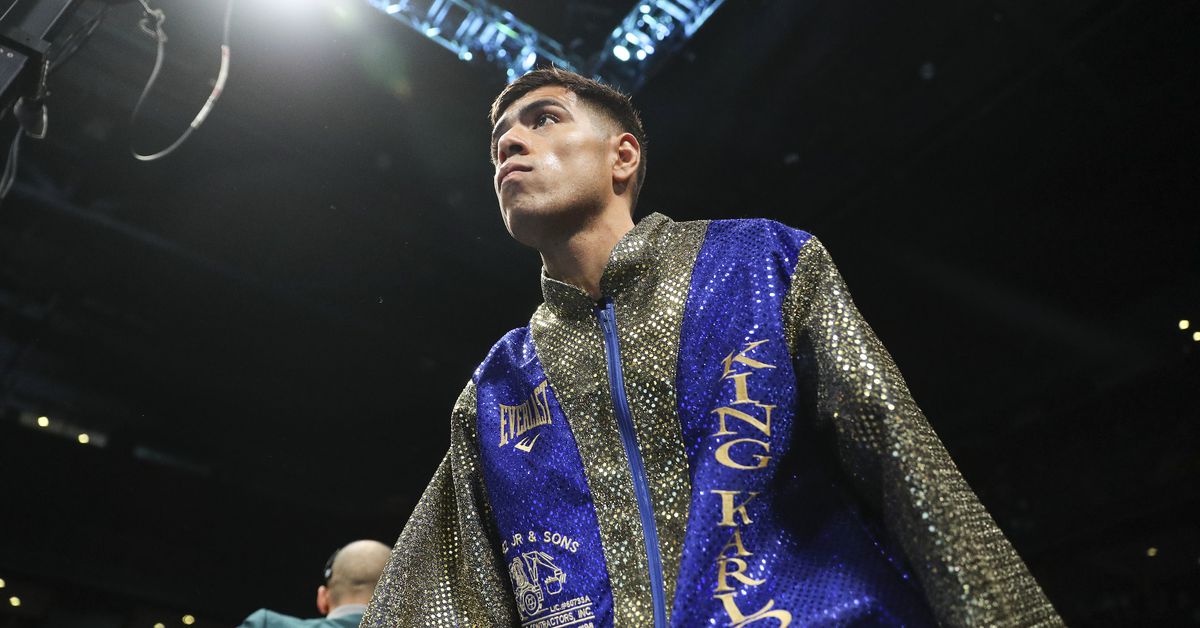 After nearly 18 months out of the ring, former Olympian Karlos Balderas is making moves to get his comeback started. Kevin Iole revealed yesterday that the 24-year-old joined forces with Top Rank ahead of a planned August return.

Balderas (9-1, 8 KO) looked to be coming along nicely when he stepped up to face Rene Tellez Giron, who was coming off a loss to lightweight prospect Michel Rivera, in December 2019. Then came a heavy third-round knockdown from Giron that could have easily ended the fight, and though Balderas managed to survive and work his way back into the fight, he hit the deck again in round six and couldn’t continue.

He’s since linked up with top trainer Buddy McGirt, and Top Rank’s Carl Morretti is looking to ease him back into the game.

“According to what we hear from his team, including McGirt, he’s got a lot of talent,” Moretti told Yahoo Sports. “We can campaign between 1130 and 135 and hold that weight for a while, which is good for us, obviously. The talent is there, but it’s a restart as far as in the ring.

“What happened doesn’t matter now. There’s stuff there that never came out when he turned pro. It’s a matter of getting him back and getting him active and getting him to where he can be. If we do that, then we can dive into the marketing and promotion of him and see if we can re-light what everybody thought was there coming out of the amateurs.”

Balderas is still young and plenty entertaining; let’s hope this change works out for him.