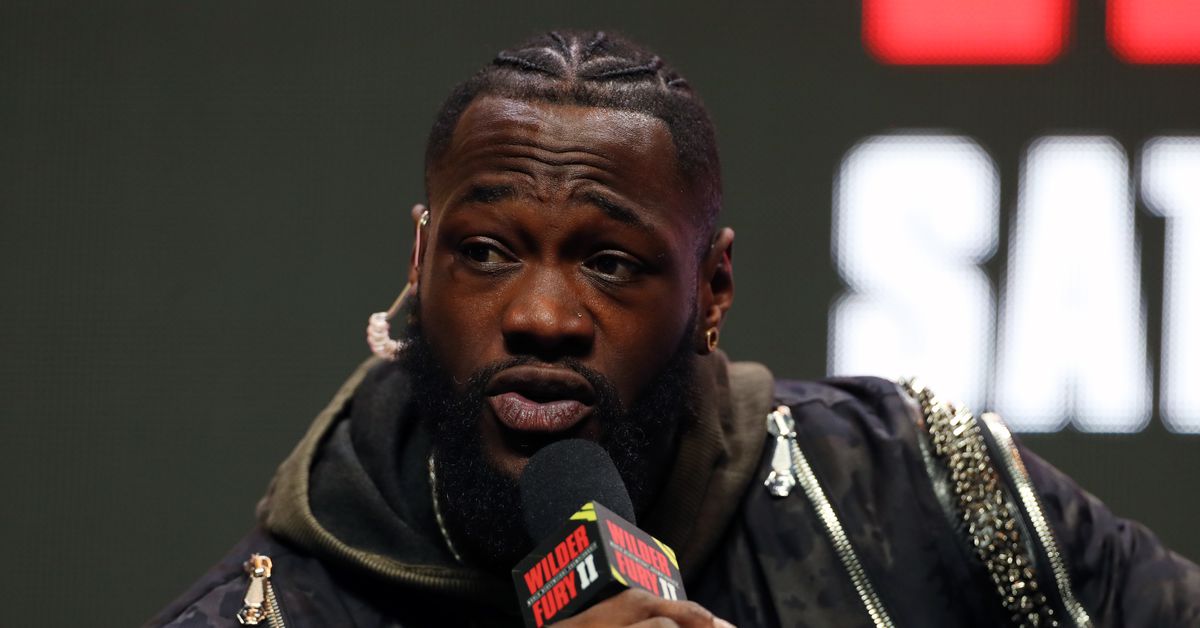 With WBC heavyweight titlist Tyson Fury and former titleholder Deontay Wilder officially set to fight for a third time on July 24, the 35-year-old “Bronze Bomber” is back in the boxing business and doing something other than making headlines with bold, often wild claims about betrayal, corruption, and cheating.

Wilder (42-1-1, 41 KO) and Fury (30-0-1, 24 KO) were supposed to fight a third time after their Feb. 2020 rematch, and Wilder definitely exercised his contractual clause to make that fight happen. COVID restrictions — as well as a Wilder injury — put it off repeatedly, and by the end of 2020, Fury and Top Rank were trying to get out of it, feeling the time frame on the contract had come and gone.

But arbitration was ordered and despite long negotiations between the teams for Fury and Anthony Joshua, it finally came back that the judge had sided with Wilder, and the fight was quickly put together.

“We was contractually obligated to have a fight, period. He contracted himself and he gave us his word,” Wilder told 78SportsTV. “You’ve got to abide by the contract, no matter what’s going on or what you’re trying to make happen. You’ve got to handle business, and you can’t close the chapter without going through Deontay Wilder.”

“Of course I would look at it as a coward’s way of trying to move, trying to avoid me,” he said of Fury trying to make a deal to fight Anthony Joshua instead. “For what purpose, for what reason? We know the reason, and he knows the reasoning, but let it make sense to the fans. I just want to be in a sport where I say I’m the best, they say they’re the best, and the best want to fight no matter what.”

As for how the third fight will play out next month, Wilder promises it won’t look like the first bout, a draw, or the second, where Fury stopped him.

Neither Wilder nor Fury, 32, have fought since their last meeting with one another. Fury will be a pretty heavy favorite this time around, but as he’s said many times — between bouts of pure trash talk — nobody can ignore the power Deontay Wilder holds, and it makes the American truly dangerous no matter the opponent or how a fight is going, even.

Plant: Dirrell Couldn’t Even Hold His Title Long Enough For Us To Have A Unification Match
Fury urges Joshua to agree Dec. bout
Arum Siding With Charlo In Possible Golovkin Showdown: “I Would Think Charlo Wins That Fight”
Eduardo “Rocky” Hernandez Hopes To Close Out 2022 With a Big Fight
The Eye of the Storm: Moore, Macklin and the greatest British title fight of the last 20 years