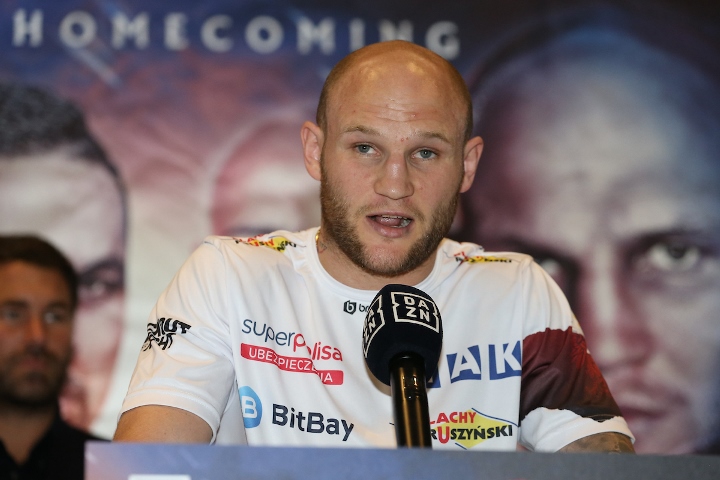 Maciej Sulecki has pulled out of his fight with Jaime Munguia again.

Przemek Garczarczyk, the U.S. correspondent for Polsat Sport, reported Tuesday morning that the Polish middleweight contender will not fight Munguia on June 19. The Munguia-Sulecki fight was supposed to headline DAZN’s stream that day from the University of Texas at El Paso’s Don Haskins Center.

According to Garczarczyk’s report, Andrzej Wasilewski, Sulecki’s promoter, has informed Golden Boy Promotions that Sulecki has pulled out of their fight for the second time in less than two months. Golden Boy is Munguia’s co-promoter and the lead promoter of the June 19 event.

The reason for Sulecki’s second withdrawal hasn’t been disclosed. It wasn’t clear as of Tuesday afternoon if Golden Boy will replace Sulecki on short notice or if the date of Munguia’s next fight will be changed again.

Warsaw’s Sulecki (29-2, 11 KOs) was supposed to meet Munguia (36-0, 29 KOs) on April 24 at the Don Haskins Center, but he pulled out of that bout, reportedly due to an elbow injury. D’Mitrius Ballard replaced Sulecki and his fight against Munguia was rescheduled for April 23 at that same venue.

Ballard (20-0-1, 13 KOs, 2 NC), of Temple Hills, Maryland, also sustained an elbow injury while training and that entire card was scrapped. Soon thereafter, Sulecki agreed again to meet Mexico’s Munguia on June 19, only to pull out a second time 2½ weeks before their fight.

The 10 best wins of Chris Eubank Jnr and Conor Benn
Plant: Dirrell Couldn’t Even Hold His Title Long Enough For Us To Have A Unification Match
‘No heavyweight can hold this engine!’ Ismael Salas reacts to Joyce win | Joe Joyce v Joseph Parker
Hearn Says Eubank-Benn Catchweight Is ‘Bigger Disadvantage To Conor Benn’
Caleb Plant: “I Want A Rematch With Canelo”