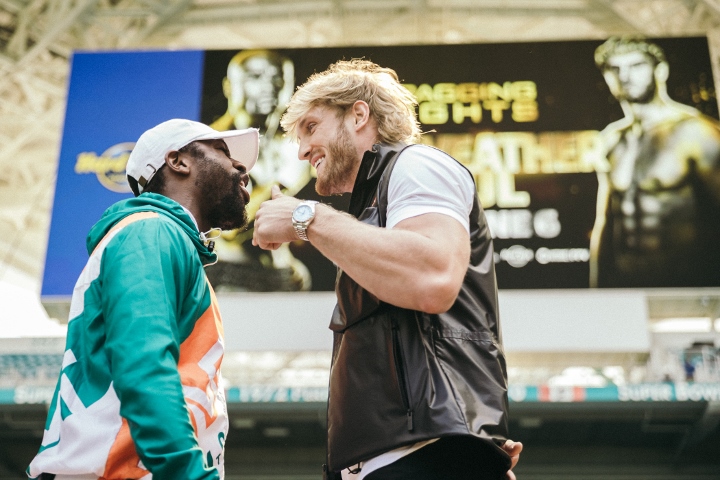 The 44-year-old Mayweather is going to return to the ring to face Paul in a special exhibition fight on June 6th in Miami, Florida. Showtime Pay-Per-View will carry the event.

Mayweather retired from the sport of boxing in 2017, after stopping UFC star Conor McGregor in ten rounds at the T-Mobile Arena in Las Vegas. He walked away with a perfect 50-0 record.

Paul, 26-years-old, is only taking part in his second professional fight.

He made his pro debut in 2019 – and lost a controversial six round split decision to social media rival KSI.

Paul’s big edge is his size – with a significant advantage in height and weight.

But most observers still expect a beatdown by Mayweather, who is widely regarded as one of the best fighters in the history of the sport.

Mayweather recently posted photos, where he was splattered with blood from a sparring session – as a warning to Paul of what’s coming next month.

Paul ridiculed Mayweather, making it known that he’s not intimidated.

He’s planning to bring the fight to Mayweather when the first bell sounds.

“Floyd Mayweather is so excited that he made someone bleed in sparring. He posted the same picture twice from the same day, he’s so excited,” Paul said.

“Hey champ, you’re not the only person who makes people bleed in sparring. Who are you sparring bro? You’re sparring trash.

“You pipsqueak. June 6 is going to be the worst day of your life dog. I’m going to make this so hard for you.”