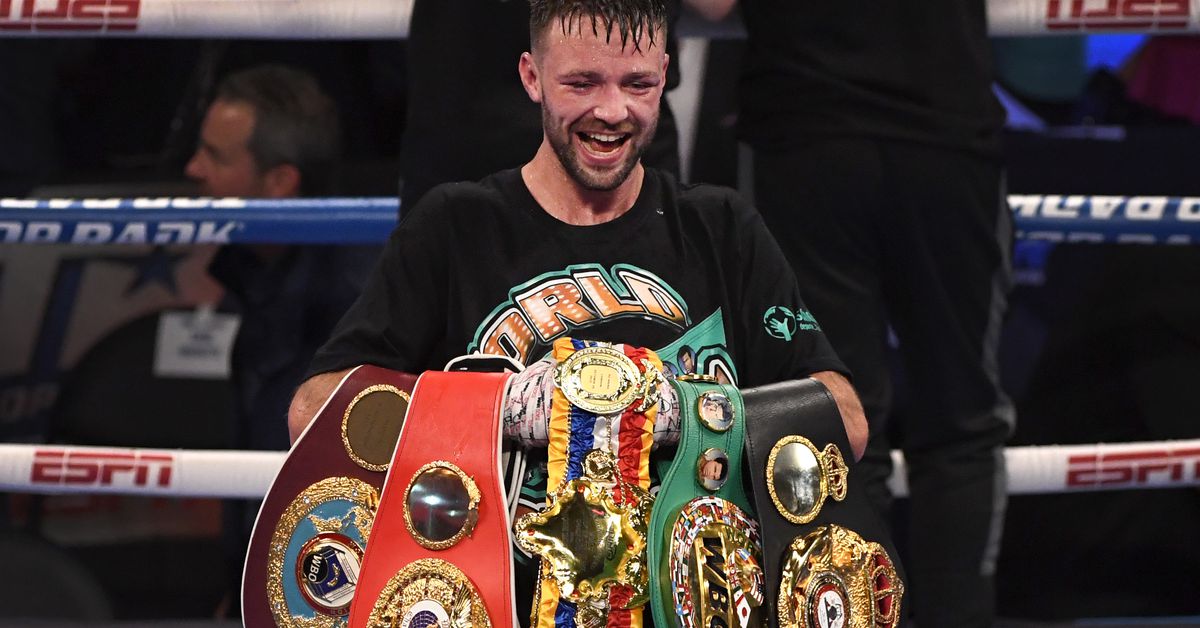 Looks like we’re already getting answers about Josh Taylor’s next steps. Bob Arum tells Lance Pugmire that Taylor intends to face WBO mandatory challenger Jack Catterall in July, then “pursue a big fight” with either Terence Crawford or Teofimo Lopez by the end of 2021.

As Scott points out in that first link, Catterall (26-0, 13 KO) has been sitting on his mandatory status for about two years now. His ordered shot got superseded by then-champion Maurice Hooker’s unification bout with Jose Ramirez, after which he had to sit in line behind WBC mandatory Viktor Postol while the pandemic forced delay after delay. Then came last Saturday’s undisputed clash, which saw Taylor (18-0, 13 KO) drop Ramirez twice en route to a unanimous decision victory.

Whether or not you like the matchup, it’s hard to argue that Catterall isn’t owed a shot by this point. If Taylor wants to stay undisputed, that’s a fight that needs to happen.

Both Crawford (37-0, 28 KO) and Lopez (16-0, 12 KO) would be blockbuster matchups. Crawford, who previously achieved full super lightweight unification, is in desperate need of a marquee opponent, while semi-undisputed lightweight champ Lopez already made clear that he wanted a piece of the Taylor-Ramirez winner earlier this year.

That said, neither Crawford nor Lopez have what you’d call a sterling relationship with Top Rank at the moment, so it remains to be seen what sort of obstacle that would pose. Still, can’t deny the appeal.